Denise Borino-Quinn was an American actress most popular for her appearance in the mafia television series The Sopranos. She played the role of Ginny Sacrimoni, the wife of New York mob boss Johnny Sack played by Vincent Curatola.

American actress Denise Borino-Quinn was born on 6 January 1964 in Roseland, New Jersey. Her father, Kenneth, worked as an appliance store owner, and her mother, Patricia as a recreation coordinator. She grew up with her younger brother, Vincent, and Chris.

Afterward, Borino-Quinn pursued her education at West Essex High School in North Caldwell. After completing her education, she started working as a legal assistant in the law firm Hoagland, Longo, Moran, Dunst & Doukas, LLP in New Brunswick, New Jersey. Also, she worked as a part-time manicurist in Roseland, New Jersey.

Unexpectedly, Denise Borino-Quinn got selected for Ginny Sacrimoni from 14,000 actresses at an open audition in Harrison, New Jersey. She went in the audition to support a childhood friend and was shocked when she was hired for the HBO show.

Moreover, Borino-Quinn lost around 175 pounds by stomach stapling after the mafia series The Sopranos in 2007. She won the heart of many audiences with her natural acting in a short period.

Was Denise Borino-Quinn married? Who is her husband?

Yes, Denise Borino-Quinn was a married woman. She married Luke Quinn Jr in 2005 and lived in Bordentown, New Jersey. Unfortunately, their married relationship couldn’t last for long. On 27 March 2010, Borino-Quinn’s husband Luke Quinn Jr left this world, leaving Denise alone. She doesn’t seem to have any children for her marital relationship.

Actress Denise Borino-Quinn was fighting a long battle with liver cancer. On 27 October 2010, she left the world at age 46 due to liver cancer in Morristown, New Jersey. She died exactly after seven months from the date of her husband, Luke Quinn Jr.

Salary and net worth

Denise Borino-Quinn was living a happy lifestyle, but suddenly her world came crashing down with the death of her husband. American actress Borino-Quinn hasn’t disclosed her actual annual salary and net worth to the tabloids. However, she seemed to earn $18 to $20 per hour serving as a legal assistant.

Likewise, Christopher Lee, Julia Smith, and Andy Griffith are some other famous names in the entertainment industry who left the world. Similarly, keep visiting allstarbio to learn more interesting facts on other personalities. 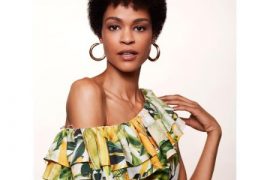