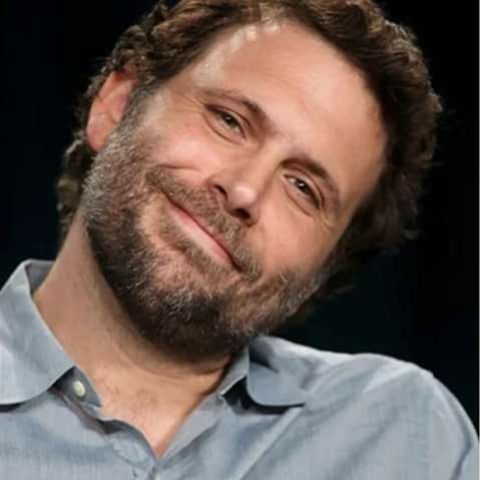 Jeremy Sisto is an American actor, stage artist, producer, screenwriter, and television personality mainly known for his role in several movies and TV shows. He got public attention when he had a chance to act in the American black comedy television series Six Feet Under, which was aired on HBO. And the public loved and appreciated his role as a Billy Chenowith.

The handsome actor’s brilliant acting has stolen the hearts of millions worldwide. So, in this article, we are here to share his major work, relationship, married life, children, career, and personal life.

Jeremy Sisto was born on October 6, 1974, in Grass Valley, California, United States; his full name is Jeremy Merton Sisto. He has an American nationality with the zodiac sign of Libra. As of 2023, his age is 48. Further, he has a mixed ethnicity of Italian and English. His father came to form Italian descent, and his mother was of English and some German and Irish.

In brief, he is the younger child of Richard Sisto and Reedy Gibbs. By profession, his father was a jazz musician and educator, and his mother was an actress. At the age of 4, his parents divorced, and his father remarried Penny Sisto, a fabric artist. So, he was raised by his mother with love and care in Lower Sierra Nevada Mountains, and later, at the age of seven, he and his mother moved to Chicago, Illinois.

Similarly, he has a sister named Meadow Sisto, who is also an actress. Regarding his education, he completed his schooling at Hayfield Montessori School in Louisville, Kentucky, and after moving to Chicago, he attended Francis W. Parker School. Later, he completed his further education at the University of California, Los Angeles, and got his bachelor’s degree there.

Is Jeremy Sisto A Married Man? Who Is His Wife?

6 ft 2-inch tall, Jeremy Sisto is a happily married man who has married twice. Firstly, he got married to the actress Marisa Ryan in Las Vegas. They both were 18 years at the time of their marriage. They got hitched on August 30, 1993.

The marriage, however, barely lasted as the two parted ways just two days later. Despite all, the two remained on good terms and officially divorced in June 2002.

After separating from Marisa, he started dating Addie Lane in February 2007. The lovely pair walked down the aisle in 2009 at a private ceremony. Until now, they are proud parents of two kids. The first daughter Charlie Ballerina Sisto was born on June 5, 2009; the second daughter Bastian Kick Sisto was born on March 9, 2012.

There is no doubt that Jeremy has good moments with his wife at Laurel Canyon, Los Angeles, and there are no rumors of getting separation. Besides that, check out the relationship status of actor and television star Aria Shahghasemi.

How Much Is Jeremy Sisto’s Net Worth? His Movies & TV Shows

Jeremy Sisto has collected a good amount of fortune from his successful career. However, he has an incredible net worth of $6 million as of 2023. Until now, he has appeared in several movies and television series. And his main primary source of income came from acting.

Similarly, he has appeared in several movies and TV shows. He had a genuine passion for acting, and after completing his education, he pursued his career to become a successful actor. Firstly, he worked in several local theatre companies. Later, he had a chance to act in television series like Desperate Choices: To Save My Child, The Shaggy Dog, Out of Order, Duckman, Rugrats, Real Life, The Day Lincoln Was Shot, World Poker Tour, Law & Order, and many others.

Besides TV shows, he has also appeared in several other movies like Grand Canyon, The Crew, Hideaway, Clueless, Moonlight and Valentino, Hidden Heroes Gala: Alicia Silverstone Tribute, Frozen II, In the Footsteps of Elephant, Adrianne, Captain Tsunami’s Army, and others.

The 48-year-old auditioned for Jack Dawson‘s role in the 90s superhit film Titanic. He even did a screen test for the character. Unfortunately, director James Cameron cast Leonardo DiCaprio for the role.

Due to his major work in the film industry, he got the 2003 Jury Award for the best actor for The Movie Hero. Moreover, for the film Into Temptation, he got the Achievement Award at the Newport Beach Fim Festival in 2009.

Similarly, the Thirteen actor has an official Facebook page. And he uploads photos and short reels on his social media profiles. Another American actor Brian Dietzen also boasts a good fanbase on social media platforms.