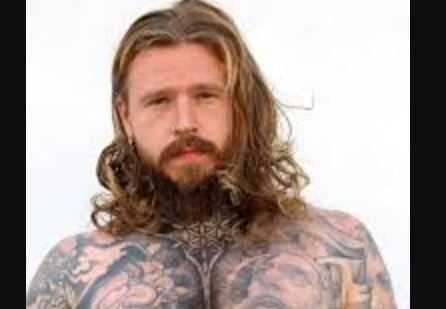 Kevin Creekman is a half German and half American Instagram star and social influencer. He rose to fame after posting a picture of himself with a unique tattoo on his body. Moreover, he is also a established tattoo artist who features his large scale tattoos on his Instagram.

Furthermore, Kevin Creekman is also known for posting various fitness and traveling related content in is social media account. He has 942k followers on his account now.

Kevin Creekman was born on July 17, 1988, in Lucerne Switzerland. Kevin grew up around Cologne Germany where he always carried a passion for rock and metal music. Moreover, Kevin has already finished his university degree in social work.

Kevin’s early life was a disaster when he gained a massive weight in his childhood days. At that time he used to spend enormous time playing video games. That leads his mother worried about him and finally, he took a decision which changed his life.

In his personal blog, Kevin explained that he had been overweight since his childhood. And when he was ten years old he had many stretch marks on his body. Most of the time he also got bullied by his peers because of weight.  And one day Kevin found a friend who also wants to lose weight. After that, two of them started motivating each other and started going gym.

Transformation after a year

Creekman went through an amazing body transformation when he turned 18 years old. Going through cardio exercise and a low carb diet over a year he lost 80 kg. But when he reached his weight goal another problem occurred. He had to undergo surgery to remove the excess skin he had. After the surgery, he got so many scars over his abdomen.

Creekman faced problems after the problem for a while and he even found the solution. To cover his scars he started covering his whole body with custom tattoos. His idea worked out and while he was covering his body with tattoos he fallen in love with tattoos. One of the fun facts was that every time he wants to get a new tattoo, he searches for new artists and finds inspiration in their work.

Furthermore, Creekman has already covered his whole body with tattoos and because of his unique looks, he obtained a job as a model. He created his Instagram account in 2015 to promote himself as a musician but his world turned upside down and became a model instead. Mikky Kiemeney, Viviana Volpicelli, India Reynolds, and Matt King are some renowed Instagram Models.

Kevin Creekman is currently single, and there are no any rumors about him dating any girls. It seems like the 32 years old Instagram star is focusing his career rather than spending his time on a relationship. Also, Kevin is very strict about his private life and stayed a lowkey. So far, he has kept all his persoanl details far from the media.

Apart, Kevin is enjoying his life by traveling to several exotic places. Also, he is a avid dog lover that is why he owns one dog. While going through his Instagram account most of the picture is about showing off his tattoos and reviewing products.

His sucessful career as a Instagram influencer has also helped him get opportunities to grab some sponsors too. Even though he has collected such a great fortune, there is no information about his cars and house.