Lee Kwang-Soo is a South Korean actor mostly known for the movies It’s Okay, That’s Love, Collective Invention, The Sound of Your Heart, and Live. In addition, he is also an entertainer and a model.

Likewise, the Golden Cinema Film Festival award winner Kwang-Soo is appearing on the South Korean variety show Running Man since 2010. Be with us to know more about South Korean actor Lee Kwang-Soo’s bio, age, awards, girlfriend, salary, and net worth.

Kwang-Soo grew up together with his sister in his hometown, Namyangju, Gyeonggi Province, South Korea. On 14 July 1985, he was born to one of the rich business households in South Korea. His father’s name is Lee Jong-ho and runs a furniture factory. He was obsessed with arts at a young age and still continues drawing sketches, paintings, and graffiti.

South Korean actor used to be a fat kid but developed a model physique in high school. He enrolled spending most of the time on the basketball court. Soon after, he joined the Dong-ah Institute of Media to develop his acting skills.

In 2007, Lee started his career as a model after finishing his military service. Additionally, he was also auditioning looking out for a chance to build up as an actor. His career in the entertainment industry started soon portraying the character of Oh Man-soo in the MBC television series Here He Comes.

In 2010, his career took on a successful path appearing as of the regular cast members of the South Korean variety show, Running Man. Kwang-Soo has appeared in numerous movies and television series like Wonderful Radio, All About My Wife, The Innocent Man, It’s Okay, That’s Love, Inseparable Bros, and many more.

Easy-going person Kwang-Soo has worked with different celebrities in his acting journey. All of the co-actor and actress claim him to be a good human being. His close friends call him nicknames like Prince of Asia, The Giraffe, The Icon of Betrayal, and Kwangvatar.

South Korean actor Lee Kwang-soo is currently in a romantic relationship with his girlfriend actress Lee Sub-bin. Sub-bin is also a South Korean actress mostly popular for her roles in Squad 38, Missing 9, and Criminal Minds.

Easy-going yet secretive South Korean actor hasn’t revealed much information regarding his personal life. It seems like the romantic couple started dating in July 2018. They are still together living their life happily with each other.

It’s hard to put the exact annual salary and net worth of Lee Kwang-Soo in words. There is no doubt that South Korean actor has accumulated sum being active in the entertainment industry for so long.

Some of the sources claim that the South Korean actor earns around 1 billion won for a foreign single commercial. Make sure to be updated as we’ll provide you with updates soon as we get hands to them. You may also like reading interesting facts on Yennis Cheung, Anthony Ying, Jason Wong, 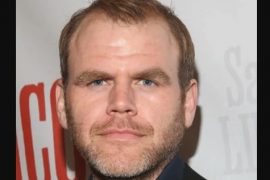