Shauna Redford is significantly famous for being the daughter of veteran filmmaker Robert Redford. The daughter of filmmaker Redford is a grandmother now with her kids also getting married. Redford tied the knot with Eric Schlosser in 1985 and the couple still shares the same love for over three decades now.

Did you know? Two years before her marriage with Eric, Redford boyfriend Sid Wells was shot and killed. It grabbed a lot of attention from the media and even today the killer is walking free. Read along as we explore her personal life.

On October 5, 1985, Robert’s daughter married a famous journalist and author Eric Schlosser. Redford first met Eric via a mutual friend and after that, the couple went out on a few dates. Their wedding was quite extravagant with celebrities attending the ceremony.

However, not many details are revealed about the ceremony. Justice Michael D. Zimmerman officiated the wedding for the lovely couple and the ceremony was held in Utah. The pair exchanged wedding vows in front of their family, friends, loved ones, and God.

Since the day of the wedding, the couple is experiencing a profound love for each other. So’ far there are no rumors and controversies surrounding their marital relationship. From their long marriage, the pair is blessed with two children, one son, and one daughter.

On July 29, 1992, the couple celebrated the blissful moment of the birth of their second child. Conor Schlosser graced the family with his arrival and he is now 27-years-old.

Born on November 15, 1960, she is one of the four children of Robert Redford and Lola Van Wagenen. Robert and Lola are now divorced and Robert is currently married to Sibylle Szaggars. Her other siblings David James, and Amy Redford are all doing good in the entertainment industry. For some reason, she decided not to take up any role in the industry and even today, she is not involved in any definite profession.

In her personal life, She faced trauma when she was 22-years-old. She studied at the University of Colorado where she fell in love with a guy named Sid Wells. In 1983, Sid was found dead from a 20-gauge shotgun blast on his head. Shortly, after that Shauna dropped out of college and two years later, she married Eric.

On the other hand, Wells mom is still looking for justice for her son. In an interview with CNN, she said,

“I don’t know that I’ll live long enough to see a resolution in this case, but I would hope that I can, and I’ve never given up hope”.

The cops have issued an arrest warrant for a guy named Thayne Smika in 2010 but still not caught. 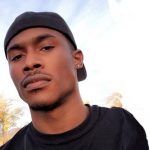 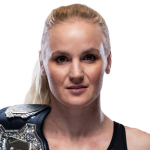