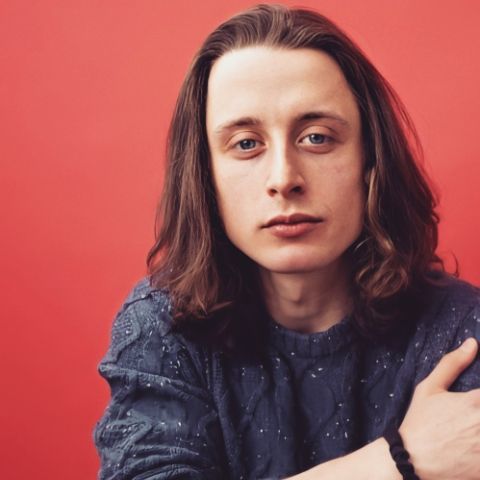 Rory Culkin is a well-known American actor and television star who has appeared in several movies and TV shows. He mainly grabs the public attention from his role in the moves like Scream 4, Lords of Chaos, Columbus, M. Night Shyamalan’s Signs, and others.

Moreover, he is also known as the younger brother of popular American actors Kieran Culkin and Macaulay Culkin. Many are curious about the youngest Culkin brother’s relationship. So, please scroll down to know more about his personal life, married life, net worth, career, and many more.

Rory Culkin was born in New York City, United States, on July 21, 1989; his full name is Rory Hugh Culkin. So, he has an American nationality with the zodiac sign Cancer. As of 2023, his age is 33. He has a mixed ethnicity of German, Irish, English, Swiss-German, and French, which came from his father’s side, and half German-half Norwegian from his mother’s side.

Furthermore, he was the seventh and youngest son of Patricia Brentrup and Kit Culkin. Further, his father was a stage artist. Further, he grew up with his six siblings: Shane Culkin, Dakota Culkin, Kieran Culkin, Quinn Culkin, Macaulay Culkin, and Christian Culkin. Plus he also has a half-sister called Jennifer (1970 – 2000).

Since childhood, he has had a great passion for pursuing a carer in acting. Unfortunately, his parents got divorced in 1995. So, after his parent’s separation, his mother took care of him. Talking about his education, he completed his schooling at the Professional Children’s school. But there is the question of whether he joined University because he started his career at a very young age.

What Is The Relationship Status Of Rory Culkin? Is He Married?

Rory Culkin is a happily married man. He hitched with American cinematographer and makeup artist Sarah Scrivener. He first interacts with his wife on the movie set of Scream 4. After dating for a while, he tied the knot in New Orleans, Louisiana, on April 8, 2018.

Many big WWE stars and others celebrities were also present at their wedding events. And their wedding was also held on the eve of Wrestlemania 34, which WWE manager and promoter Paul Heyman conducted.

Both the couple was seen in several public locations together, and there are no rumors of getting separation. There is no question that the lovely pair is having a great time together. They haven’t shared their children yet; we will update you if the information gets available. Currently, he is busy with his career, and let’s hope they have a wonderful relationship ahead. He is living a controversy-free life.

Similarly, he comes from a well-known family background. Further, he has appeared in several movies and TV shows. Due to his hard work and efforts, she won the 2001 Youn Artist award. Moreover, he was also nominated for the major award category in Best Performance, Best Actor, Breakthrough Actor, Supporting role, and many others. But he hasn’t revealed his income, but there is no question that he earned a considerable salary.

Rory Culkin’s started at the age of 4 when he appeared as a child of his brother Macaulay Culkin’s character in the movie Richie Rich. Later, he comes to fame from the drama series You Can Count On Me. Due to his role in the movies, he received massive appreciation from the public audience.

Similarly, the actor appeared in movies like The Good Son, Signs, It Runs In the Family, Mean Creek, The Night Listener, The Song of Sway Lake, Bullet Head, Lords Of Chaos, Materna, The Last Thing Mary Saw and many others. Moreover, he has a major role in television series like Off Season, The job, The Twilight Zone, Law & Order Special Victims Unit, City on a Hill, Halston, and Under the Banner of Heaven.

Rory Culkin has a social media profile on Instagram, but he has a fan page on his Facebook and Twitter. And he usually has active on social media and uploads images. On Instagram, he has a username @theroryculkin with 4,204 followers.

Furthermore, the American actor stands at the height of 5ft 6 inches (1.67 m) and weighs 68 kg (149 lbs). And he has blue eyes and her hair color is dark brown. Moreover, there are no others details about his body measurements.