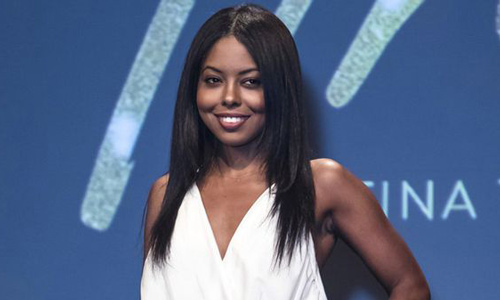 One time nominated for the Tony Award 2016, Adrienne Warren successfully grabbed a satisfiable space in the American film industry. Adrienne is an American actress, singer, and dancer, who has appeared in over 15 films and stage included.

Over the past years since 2009, Warren is serving in different films and still continuing her career. So, she must have collected an impressive amount. How much is her net worth in 2019? Apart from her professional life, many of her fans are trying to find her personal life on whether the star is married or dating someone currently?

If you want to know in detail, scroll down until the end. Stay tuned.

Adrienne Warren was born in Hampton Roads, Virginia on 6th May 1987. So, she holds an American nationality and belongs to the Afro-American ethnic background. However, the famous star has not disclosed anything about her family and siblings.

Honored and excited to close out the @usopen this year for the WOMEN’S FINAL!! It’s going to be a special moment! YAS LADIES!!!! ? pic.twitter.com/qzOTpCuEU9

Since early childhood, Warren was so much interested in watching stage performances. Later, she decided to pursue her career in the film industry. Also, she performed with The Dream Engine group and the Trans-Siberian Orchestra at an early age. In 2009, she graduated from Marymount Manhattan College.

After finishing her education, Adrienne Warren received her first ensemble role in 2009 stage production, The Wiz. She made her break debut through a role of Lorell Robinson in a Broadway musical, Dreamgirls (2009-10). In 2012, she played Danielle in a musical titled Bring It On: The Musical.

Appearing in the stage, Warren got her first role in the TV as Rachel Manning in the 2012 American police drama TV series, Blue Bloods. She appeared just in an episode of the series. Her other TV series include Orange Is the New Black (2013), Black Box (2014), Royal Pains (2016), and Quantico (2017).

When you know @TinaBroadway and the great @adriennelwarren is coming and you’re listening to proud mary on the train and can’t help yourself: ?? pic.twitter.com/IpVjSnkprK

Born in 1987, Adrienne Warren is in her early thirties. Her age is 32-years as of 2019. Similarly, she celebrates her birthday on every 6th of May. Additionally, her birth sign (Zodiac Sign) is Taurus.

Besides, Warren has not disclosed her actual height in the media.

Adrienne Warren’s Personal Life: Is she Dating Anyone?

As of 2019, Adrienne Warren is neither married nor have any boyfriend. She loves to keep all the details about her personal life under the sleeves. So far, she has not talked about having any partner in the media.

Also, Warren is only active on Twitter with over 12.4K followers. Going through her profile, she has not shared any pictures with a guy him one to be her life partner. She could be secretly dating or could be living single in 2019.

As soon as Adrienne reveals about her partner, we are unable to provide any information on her relationship status. She seems to be focusing on her career rather than dating a guy. She could be in search of a perfect guy who would be fit to be her future husband.

For now, Warren is free of rumors and controversies.

After appearing in several stage and films, Adrienne Warren has surely collected a hefty amount out of her ongoing career. As per some tabloids, she has a net worth of around $1.5 Million in 2019. Similarly, the average salary of a stage/theater actress is around $39,999, as per the PayScale. So, Warren is surely living a lavish life in 2019. Connect with her on Twitter.