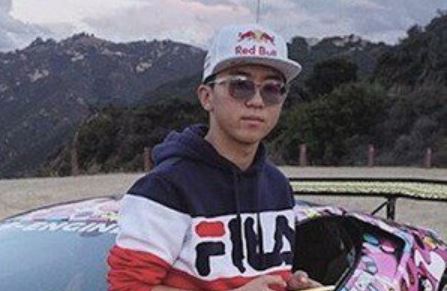 Do you have an interest in exotic and expensive cars? If yes, then you would love to read about the Korean YouTuber, Alex Choi who uploads the reaction videos of people after giving them ride in the expensive cars. He rose to fame after one of his YouTube videos, Lamborghini Launch Control Reaction Compilation amassed around 11 million views.

The 20 years old, Alex has collected over 565K subscribers on his YouTube channel. Not only this but he is active on Instagram with over 704K followers. Without any doubt, one of his main sources of income is his social media platform. How much is his net worth as of 2019?

Let’s discuss his biography in the lower sections. Stay tuned.

Alex Choi is originally from the capital city of South Korea, Seoul. From an early age, Alex had a great interest in supercars. Shortly after finding an interest in cars, Choi began making videos with awesome cars and uploaded on his YouTube channel. So far, he has not revealed anything about his family and education.

His other YouTube videos are This is the fastest car I have ever bought…, THIS GIRL WRECKED MY BMW!!, POLICE JOYRIDEMY LAMBORGHINI AFTER PULLING ME OVER!!!, POOL PARTY IN A MOVING TRUCK ON THE FREEWAY!!, and many others. At present, he has amassed over 704K followers on Instagram and over 565K subscribers on his YouTube channel.

Like many other YouTubers, Alex Choi was also involved in some of the legal issues before. He once had uploaded a video titled, Police SEIZED my car and sent me to JAIL!!!.

In the video, he describes his arrest after performing an illegal stunt. In the year 2018, he posted a video where he nearly hit a motorcyclist where many people accused him of almost killing the motorcycle occupants.

Going through Alex Choi’s social media, he has mostly uploaded videos and photos of his expensive and wonderful supercars. Some of his cars with approximated values are as follows.

As per his YouTube video, Alex has already sold the Mclaren 720s.

Many of you might think that Alex Choi who has already bought so many supercars must have a huge net worth. Nevertheless, his net worth is reported to be $1 Million as of 2019.

Moreover, he earns a quite good amount from his YouTube channel where he has already grabbed over 43 million views in his total 47 uploads. He earns between $130 – $2.1K that helps him to make between $1.6K – $25K as per the Social Blade. Therefore, he is leading a lavish life at present.