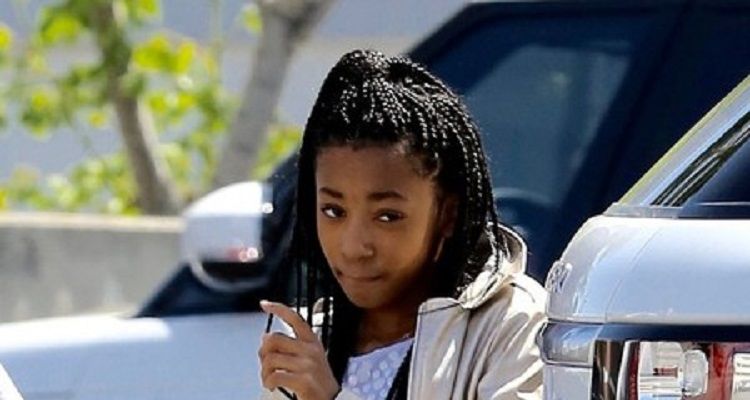 You must be familiar with the famous American comedian Eddie Murphy and an English singer-songwriter, Melanie Janine Brown, widely recognised as Mel B. Today we are talking about the only daughter of these celebrities, Angel Iris Murphy Brown,

Though she grew up among her ten siblings, she received a chance to lead a lavish life as her father, Eddie, has an estimated net worth of $120 Million as of 2019. Angel gained fame for being the daughter of Eddie and Mel B.

To know more about the celebrity kid, continue reading the article below.

Angel Iris Murphy Brown was born on the 3rd of April, 2007, in California, USA. As we mentioned above, she was born to a famous comedian, Eddie Murphy (father) and singer, Melanie Brown (mother).

Besides that, her parents had not been married when she was born. She is the only child of the couple who dated for a year. After the couple separated, the news about their daughter came out in public.

However, the birth of Angel was not a normal one. She was born with controversy since Eddie’s dad did not believe Angel to be his blood. Following this,  he asked Mel B for a DNA test before accepting her as his child. Finally, the DNA matched with Angel proved her to be Eddie’s blood. Hence, Eddie accepted Angle to be his daughter. An

s of now, Angel lives with her mother, who earned custody to keep her daughter. However, Eddie agreed to send $35,000 monthly as a spouse allowance.

Kid of the Popular Parents

Angel Iris Murphy Brown was born to the parents who both are famous in their fields. Meanwhile, her dad, Eddie Murphy, is an American actor, comedian, and singer. He regularly appeared on Saturday Night Live from 1980 to 1984.

He was ranked No. 10 on Comedy Central’s list of the 100 Greatest Stand-ups of All Time. In addition, he has also appeared in movies and TV series such as 48 hrs, the Beverly Hills Cop series, Trading Places and The Nutty Professor.

Likewise, Angel’s mother, Mel B  an English singer, songwriter, rapper, television personality, actress and author. Brown rose to prominence in the 1990s as a member of the girl group Spice Girls, which is the most sold female group of all time.

She also worked as a judge in television popular shows like The Americas Got Talent, The X factor, The Voice Kids of Australia and many more. Similarly, she has done movies like Spice World, LD 50 Lethal Dose, The Seat Filler, Tinker Bell and the Legend of never Beast and many more in her collections.

However, her dad, Eddie, married the Australian model Paige Butcher with whom he shares two children, a son and a daughter; where one of them was born recently. Angel has three brothers, Miles Mitchell Murphy, Christian Murphy, and Eric Murphy, and five sisters, Bria Murphy, Shayne Audra Murphy, Zola Ivy Murphy, Bella Zahra Murphy, and Izzy Oona Murphy.

Angel from her mother has two sisters whose names are Madison and Phoenix. Recently, all her siblings met together and clicked an iconic pic with all of Eddie’s children. The picture was uploaded by Eddies’ eldest daughter, Bria Murphy, on her Instagram account.

Angel Iris Murphy Brown is currently pursuing her studies, due to which her net worth is yet undefined. Ultimately, being born to a family of celebrities, she undoubtedly enjoys a lavish life like most celebrity kids. However, she could follow in her parent’s footsteps in the entertainment industry shortly.

Besides that, Angel’s dad, Eddie, has a total net worth of $120 million from his work in the entertainment industry as per the Wealthy Gorilla. He is an actor-singer and comedian. All of his movie gross totals are around $6.7 Billion.

Well, that sums up how popular he is among the mass. In addition, Angel’s mother, Mel B holds a total net worth of $50 million from her career as a singer, actor, performer, and Reality show Judge.

Therefore, Angel is spending a luxurious life with her family at present.

For More Updates, Connect With AllStarBio.