Watched Disney animated movie, Moana yet? If your answer is no then you surely are missing one of the very charismatic characters over there. The lady portraying the lead in the movie! She is none other than Auli’i Cravalho. If you have already watched the movie and want to know more about the actress and singer you have signed in an unerring site.

Cravalho rose to the fame after her remarkable voice role in the 2016 Disney animation, Moana. The American actress pulled a lot of weight with her performance. With this phase of success, hard work and determination she is sure to get certain hype in her life.

Here are all the details that you are striving for which includes her age, height, net worth and also affair. Stay tuned to us.

The gorgeous actress was born on November 22, 2000, in Kohala, Hawaii. Auli’i is a native of Hawaii but is also of Irish, Portuguese and Chinese descent that makes her of mixed ethnicity. Talking about her parents, she grew up with her mother, Puanani Cravalho in Mililani, Hawaii. The name of her father, as well as siblings, are still unknown to the media. Her parents are very supportive of her career choice as she gained a lot of achievements in a very short period of time.

As early as the age of five, Auli’i was already dancing the hula in her school in which she was very good at. The singer attended Kamehameha Schools’ Kapālama campus.

Moving onto her successful career, Cravalho attended auditions for Moana like every other girl without the slightest idea she would be picked. The Hawaiian beauty was in her freshman year in school when she landed the role for her first movie. Prior to the auditions, Auli’i was reluctant to participate at first, having seen a large number of applications for the movie online. Auli’i who was reportedly the last girl to audition for the role was finally chosen from the tons of applicants across the Pacific Islands. That was just the start of her promising career.

The movie directed by Ron Clements and John Musker greeted the theatres in November 2016 and garnered tons of positive reviews by the audiences. Following its release, Moana grossed over $640 million in a box office.

The success of movie definitely means massive recognition for its cast members, especially Auli’i Cravalho who took on the titular character and main role. The American actress won a Teen Choice Award in the Choice Movie: Breakout Star category. She won an Annie Award in the Outstanding Achievement for Voice Acting in an Animated Feature Production category as well. Cravalho equally bagged the Alliance of Women Film Journalists Award in the Best Animated Female category.

Age of 18, Auli’i has the height of 5 feet 3 inches for now. She is still in her growing phase so we cannot exactly figure out her exact height. The actress weighs 47 kg and has a very curvy body. She has the body measurement of 32-23-33 of a bust, waist, and hips respectively. Similarly, she has dark-brown eyes with black curly hair.

Want To Know About Auli’i Cravalho’s Affair? Know About Her Boyfriend

Auli’i Cravalho is recently not involved in any love affairs. She is fully focused and concentrated on her career and education life rather than be in any kind of relationship status and love affairs. Auli’i Cravalho is just at the age of 18. She is to young to date anyone and make a boyfriend for now. Hope we will get details about her boyfriend if she happens to make any.

Auli’i Cravalho has a promising future ahead of her if she continues with her hard work. Following her short time in the limelight, there’s no well-calculated figure with regards to her net worth for now. However, we will not omit the fact that some sources have estimated her net worth to be about $0.3 dollars.

I love my moms

Looking at her Instagram feeds we can easily assume that she is doing great with her career and is enjoying her lavish lifestyle. 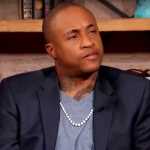 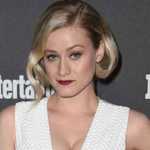