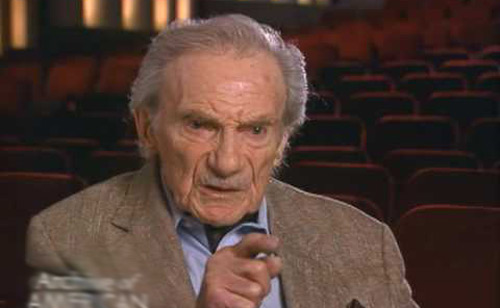 Bill Mumy is an American actor, musician, pitchman, instrumentalist, voice actor, author and a figure in the science-fiction community. He came to prominence as a child actor in the 1960s, when he was credited as Billy Mumy, an era which included appearances in The Twilight Zone and Alfred Hitchcock Presents television shows, and as Will Robinson in the 1960s CBS sci-fi series, Lost in Space.

Mumy has earned lots of honors and prestige and has maintained a lucrative amount of net worth from his profession. Besides, he got married to a childbirth instructor, Eileen Mumy. The couple also shares 2 adorable children, Seth, and Liliana Mumy. Let’s take a glimpse of Mumy’s career as well as his personal life.

Who is Charles William Mumy Jr.? His Bio & Wiki

Bill Mumy is one of the famous actors with a multi-talented personality in the entertainment industry. Moreover, he earned his first acting role at the young age of 6 on an episode of TV’s National Velvet. Mumy also found success doing voice-overs for numerous animated series, including Animaniacs, Scooby Doo, and Ren & Stimpy.

Mumy was born as Charles William Mumy Jr. on 1st February 1954, in San Gabriel, California, U.S. Moreover, Mumy’s nationality is American and belongs to German, English, Scottish, and French-Canadian ethnicity. He was raised by his parents, Charles William Mumy, a cattle rancher, and Muriel Gertrude Mumu, a homemaker. Besides, there is no information regarding his siblings and education background.

Inside of Bill Mumy’s Career

Talking about Bill Mumy’s profession, Mumy made his debut from the NBC-TV family drama series, National Velvetin in 1960. Moreover, his performance in the CBS-TV Twilight Zone: It’s a Good Life as a child actor who terrorizes in his town with psychic powers won the heart of millions of people. Mumy also starred in the ABC-TV circus drama, The Greatest Show on Earth, The Fugitive episode, Home Is the Hunted, The Adventures of Ozzie & Harriet, I Dream of Jeannie, etc.

Furthermore, Mumy wrote a screenplay back in the late 1970s in which the Lost in Space (1965) family would have found their way back to Earth. Also, the 20th Century Fox was committed to the project, but series creator, Irwin Allen wasn’t interested in reviving the series. Later, the plan dissolved completely after the death of space patriarch, Guy Williams in 1989.

Bill Mumy has released many solo CDs including Dying to be Heard, In the Current, Pandora’s Box, After Dreams Come True, Los Angeles Times and Ghosts. Mumy’s some of the famous hit song, Fish Heads listed as the top 100 videos of all time by Rolling Stone magazine.

Currently, Mumy produces and hosts for The Real Good Radio Hour, a weekly series on KSAV Internet Radio focusing on various styles of music and the artists who pioneered them.

How much is Bill Mumy’s Salary & Net Worth?

Bill Mumy has an estimated net worth of $10 Million as of 2019. Moreover, he has earned a lucrative amount of fortune from his profession. However, the actual salary hasn’t disclosed yet. But, we can assume that Mumy earns an average salary of an American actor of $50249 in the United States.

Who is Bill Mumy’s Wife? His Marriage & Children

Coming up to Bill Mumy’s personal life, Mumy is a 65 years old married man. He tied the knot with Eileen Joy Davis, a childbirth instructor on 9 October 1986. Moreover, the couple shared 2 children including a handsome son, Seth (born on 1989) and a beautiful daughter, Liliana Mumy (born on 1994).

Further, he hasn’t faced any controversies and rumors regarding his personal life and career. Hence, Mumy resides in Laurel Canyon, Los Angeles with his wife and children. Hopefully, we pray for Mumy to stay healthy and live a long without any signs of disease.