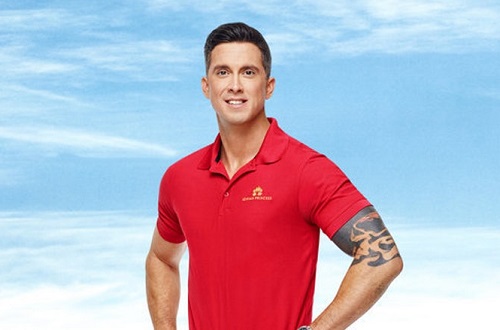 If you have watched the famous television series, Below Deck Mediterranean, then you probably know, Bobby Giancola. He is a reality star. Not only that but he also worked as a firefighter on the mainland.

Likewise, he has amassed a colossal amount of money through his career as a reality star. If so, what is his current net worth?

Who Is Bobby Giancola?

The famous reality star, Bobby Giancola was born on 28th January 1985 in Indian Harbour Beach, Florida, the USA. Likewise, he belongs to white ethnicity and holds American nationality. His mother’s name is Susan whereas the identity of his father is still not available. He has an older sister but her name is unknown. In addition, her birth sign is Aquarius.

Bobby Giancola rose to fame after he appeared in Bravo television series, Below Deck Mediterranean alongside Hannah Ferrier, Sandy Yawn, Anastasia Surmava and others. Before his appearance on TV shows, he was a firefighter and worked at the Cocoa Beach, Florida fire department for several years. Similarly, he is also trained as an EMT.

Moreover, he also taught marine firefighting for a while in Florida. Reportedly, Giancola left his job as a firefighter and he is currently pursuing his career in Mediterranean yachting full time.

In an interview, he said:

“The two jobs are similar in that they are both adventurous jobs that take you to crazy places”.

What Is Bobby Giancola’s Relationship Status?

The reality star, Bobby Giancola is neither married nor dating anyone. The star is currently busy in building up his career. However, scrolling through his Instagram, we can see him sharing several pictures with his female friends but he never mentioned any of them as his girlfriend. Moreover, there are no past records of him being in a relationship.

As per some sources, he used to have a girlfriend who was the daughter of a chef and they used to eat all day and drink beer. Nevertheless, he has not revealed anything about his girlfriend to the public. Therefore, there is no guarantee, whether the two of them are together or not.

Apart from his love life, he loves spending quality time with his friends. Likewise, he often posts pictures with his friends on his Instagram which has 82.2K followers.

How Much Is Bobby Giancola’s Net Worth?