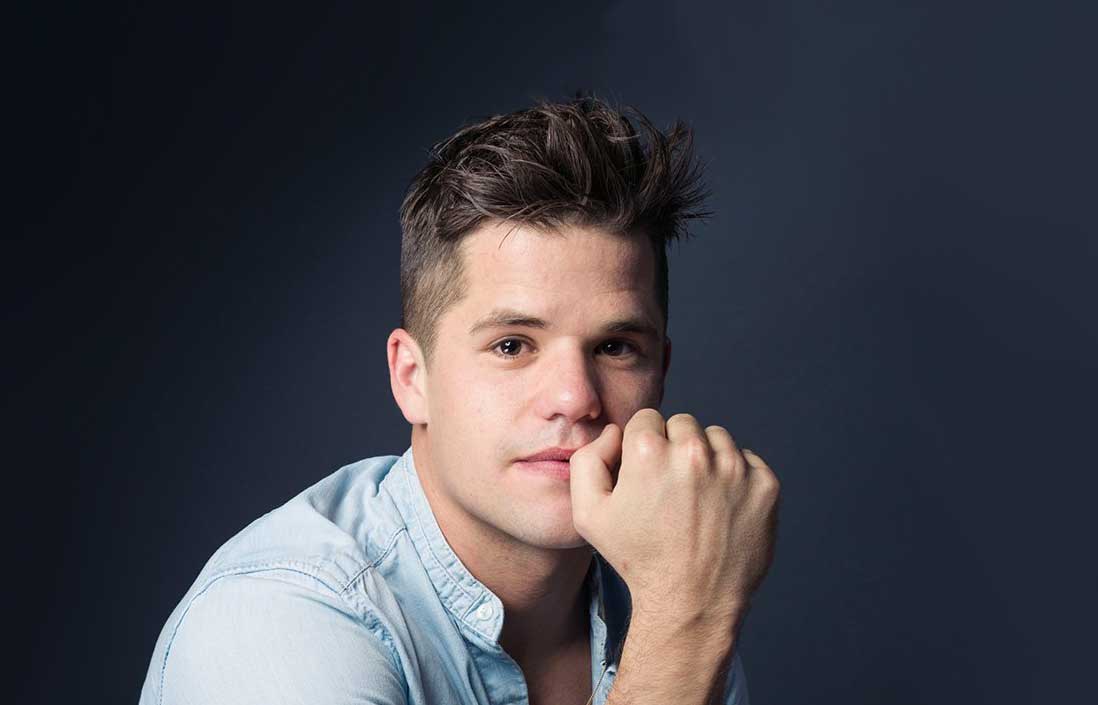 Charlie Carver is an American actor who is famous for his role as Porter Scavo on the long-running ABC series Desperate Housewives, Ethan on Teen Wolf, as well as Scott Frost in The Leftovers. He has a twin brother, Max Carver, who frequently portrayed the twin of his character.

In 2016, he came out as openly gay. Now, let’s move deep and explore more about him including his bio, age, net worth, girlfriend, and dating.

San Francisco native, Charlie Carver was born on 31st July 1988. His star sign is Leo. Regarding his nationality, Carver is an American and belongs to white ethnicity.

He was raised alongside his identical twin brother, Max, who was born seven minutes later on August 1. His mother, Anne Carver, is a philanthropist and community activist, and his father name is Robert Martensen.

looking through old pics and came across this gem I'd never seen before… mama's boy, now and forever <3

At the age of four, Carver moved to Calistoga, in Napa Valley, with his brother, mother, and step-father, Denis Sutro. For high school, he enrolled at St. Paul’s Boarding School in Concord, New Hampshire, but left to join Interlochen Arts Academy, Michigan, during his sophomore year.

In 2012, he graduated from the University of Southern California. Further, he went on to study acting at The American Conservatory Theater in San Francisco.

Carver stepped in acting industry with his debut role as an eighth-grader, playing fairy trickster Puck in his school’s production of Shakespeare’s A Midsummer Night’s Dream. Further, he made his screen debut with his brother in the ABC television series, Desperate Housewives.

Moreover, Carver and his brother appeared in season 3 of MTV’s Teen Wolf as a pair of twin alpha werewolves. The brothers next appeared in the first season of HBO series The Leftovers.

Here is the video of Carver Twins, Charlie Carver and Max Carver.

Additionally, Carver has acted individually from his brother. He has guest starred on shows such as The League and Hawaii Five-0. Furthermore, his feature film roles have included I Am Michael, Bad Asses and Underdogs.

In 2017, Carver made his appearance in the ABC miniseries When We Rise. His Broadway debut is as Cowboy in the 2018 revival of Mart Crowley’s The Boys in the Band, alongside fellow openly gay actors Yuc Watkins, Andrew Rannells, Matt Bomer, Zachary Quinto, Jim Parsons, and Robin de Jesus.

As of 2018, Charlie Carver has an estimated net worth of $5 million. The primary source of his earning is his professional acting career. His first feature movie, Underdogs has a worldwide box office collections of $25,100,000.

Apart from his earning through acting career, he has not disclosed any income generating business for him. Also, he has not done endorsement work for any brand yet.

Before moving to his romantic relationship, let you known, Charlie Carver is an openly gay. The Teen Wolf and Desperate Housewives star came out publicly for the first time in 2016, while also posting his brother, Max, as straight.

Now you may curious to know whom he is dating. Well, the actor is currently involved in a romantic relationship with his boyfriend, Steve Miller. The duo is dating since 2016.

On 14th February 2018, the hunk shared a pic of the handsome gent to mark Valentine’s Day. He posted it along with the caption: ‘happy ❤ day’…

Desperate Housewives Teen Wolf The Boys in The Band Underdogs