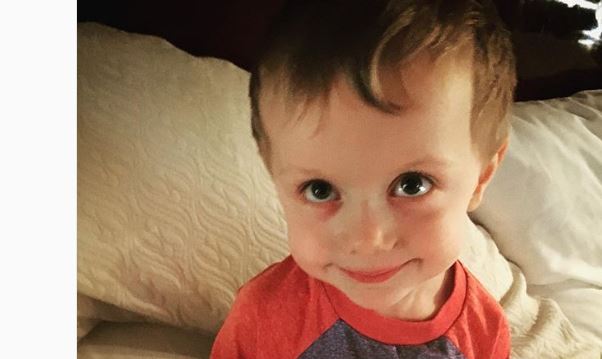 Born with a silver spoon in his mouth, Charlie West Arquette grabbed huge attention in the media as the son of the famous stars, David Arquette and Christina McLarty. Growing up in a celebrity family, what field of career West will choose, it’s still a matter of question?

The 5 years old, Charlie Arquette, for sure, enjoying a lavish life with his rich family. As a matter of fact, his father has an estimated net worth of $25 Million as of 2019. Many of Charlie’s well-wishers want to know more about his life. If you are one of them, let’s dive into the lower sections.

Charlie West Arquette is growing up a lavish life with his famous parents in Los Angeles, California, the United States. His father, David Arquette is an American actor, producer, and film director. Not to mention, he is also a professional wrestler.

Whereas, his mother, Christina McLarty is a famous journalist. Charlie was born a year before the marriage of his parents. Charlie’s grandfather, Lewis Arquette was an actor, whereas, his grandmother, Brenda Olivia was an actress, poet, therapist, and was active on many other professions as well.

As we already mentioned, Charlie Wet Arquette was born to his parents, David Arquette and Christina McLarty. His father, Charlie has made his appearances in a variety of Hollywood films such as Scream Series, Wild Bill, Never Been Kissed, Buffy the Vampire Slayer, Eight Legged Freaks and so on. His TV series credits include In Case of Emergency, Medium, Jake and the Never Land Pirates Celebrity Name Game and many others.

Talking about Charlie’s mother, Christina not only stole fame from her famous husband but also made her career as a famous journalist. She served as a correspondent for Entertainment Tonight. Apart from them, Charlie’s aunt, Rosanna Lisa is an American actress and film director and also nominated for an Emmy Award for her film, The Executioner’s Song. His other aunt, Patricia is also an actress and has appeared in True Romance, Lost Highway, The Hi-Lo, etc. One of his aunts, Alexis unexpectedly died on September 2017.

The parents of Charlie West Arquette, David, and Christina exchanged their wedding vows on 12th April 2015. Before their marriage, the couple dated for nearly four years and had their engagement in July 2014.

The same year of their engagement, they had also given birth to Charlie. David and Christina had a lavish wedding that was attended by many famous stars including their family members.

Prior to David’s marriage with Christina, he was married to his ex-wife, Courteney Cox on 12th July 1999. In fact, they also shared a baby daughter named Coco Arquette who is also Charlie’s half-sister. Coco was born in the year of 2004 and is ten years older than Charlie. Moreover, Coco is growing up under her godmother, Jennifer Aniston.

New Member In The Family

Charlie West, recently in 2017, became a official brother of his younger brother, Augustus Alexis Arquette, born on Wednesday, 8th March 2017. During the birth of Augustus, Charlie was two and a half years old.

The present couple, David and Christina announced the birth of their second son posting a picture of their kids via Instagram. The news first flowed from E! News. Well, Charlie knows how he has to spend time with his brother.

The famous kid, Charlie West Arquette is still too young to have any financial transactions. He was born with a silver spoon in his mouth to his rich father, David who has an estimated net worth of $25 Million as per the Celebrity Net Worth. The same source report the net worth of his aunt, Patricia to be $24 Million. Therefore, Charlie is spending a lavish life with his family as of 2019.