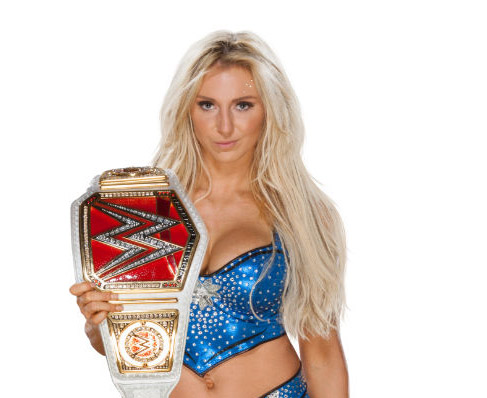 The rising female wrestler of WWE Ashley Elizabeth Fliehr is an American professional wrestler and former personal trainer. In addition, Charlotte is signed to WWE under the ring name Charlotte Flair. She is NXT Women’s Champion and the current Raw Women’s Champion in her fourth reign. Similarly, Flair is the holder of American citizenship. She has ethnicity white. The energetic fighter turned to age 30 now. Most of the wrestlers want to keep their religion private and so do Charlotte.

Going back to her early life, the female tiger was born on April 5, 1986, in Charlotte, North Carolina. She is the daughter of Ric Flair and his then-wife Elizabeth. Her father is a former wrestler. Similarly, he is 16 times WWE Champion. She has an older half-brother, David, and an older half-sister, Megan. Further, her younger brother Reid died in March 2013.

She attended Providence High School and Appalachian State University. Later, she joined North Carolina State University from where she received the degree of Bachelor of Science in public relations in Spring 2008. Before becoming WWE star, she was certified as a personal trainer. Furthermore, she is interested in several sports such as volleyball, cheerleading, basketball, track, and diving. Similarly, Fliehr carries two NCHSAA 4 A-State championships for volleyball whilst at Providence High School.

Going to her personal life, her first marriage was with Riki Johnson 2010. However, the pair departed in 2012. Similarly, Fliehr tied a knot with a fellow wrestler better known by his ring name Bram, Thomas Latimer, in 2013. In the state of Florida, the couple, however, departed on October 29, 2015.

Form work. @hardnockssouth @mogyapp ?️‍♀️ I haven’t snatched in 7 weeks but after a few light reps I got my confidence back! ?? #summerslam

Besides this, Fliehr was arrested for assaulting a police officer on September 5, 2008, in Chapel Hill, North Carolina. However, the cause was the fight involving her ex-husband Riki, her father and herself. In fact, She has not disclosed any information about her children yet.

Charlotte Flair’s Statistics And Net Worth:

Discussing her physical appearance, she is physically fit and healthy. Her body type is athletic. Moreover, Flair has a good height of 5 feet 10 inches with weight 65 Kg. Furthermore, she has blonde hair and green eyes. Charlotte is active on Facebook, Twitter, and Instagram.

As per the resources it is claimed that her salary per episode is $300,000 per annum. But she has not officially estimated her actual net worth to the public. However, various sources claimed her net worth more than $1 million.