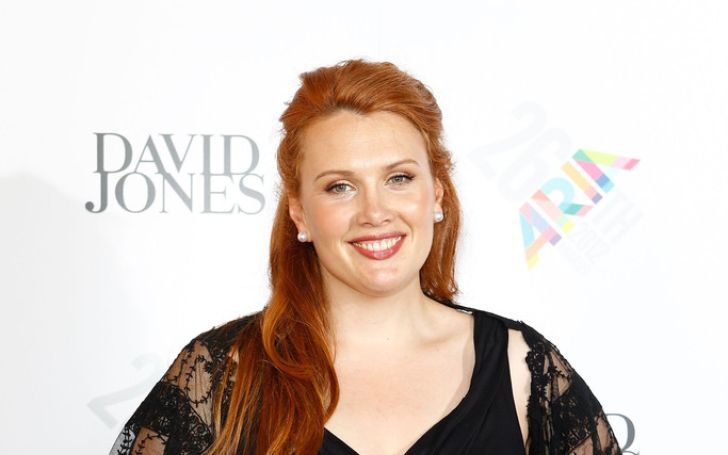 Clare Bowditch is a bestselling ARIA Award-winning musician, or we can say, best Female Artist, Rolling Stone Woman of the Year, Logie-nominated actor mainly for her role as ‘Rosanna’ on hit TV show Offspring, and a former ABC broadcaster.

Besides, she is a storyteller and the founder of Big Hearted Business, a love project designed to support creative people and businesses with their creative thinking.

Clare Bowditch is also an author! Know about her books!

We all know that the beloved Australian artist Clare has touched thousands of lives through her music. Apart from music, she has always had a knack for telling stories.

The book is of Biography, Autobiography genre. Clare has shared her childhood which was full of anxiety, loss and compulsion in the book.

She has also explained how these forces have inspired her life for the better and the worse. If you have ever battled with your inner critic, you must read the book!

Who is Clare Bowditch’s husband? Know her marriage and children!

Clare Bowditch is married to Martin Walter Brown, commonly known as Marty Brown. He is an Australian drummer, producer and engineer at Standalone Studios.

According to Clare, Her friend John kept talking about his housemate, the drummer/producer Marty Brown all the time.

When she first met Marty, she thought of him as the tallest man she ever did see and what a musician! And it took years to find the courage to admit she loved Marty as she didn’t want to ruin a friendship between him and her.

On the other hand, Marty fell in love with Clare before meeting her. They were both 22. He was standing in the hallway at his share house in Carlton, Melbourne when he heard her voice coming from his housemate John’s room.

For Marty, it was love at the first song as Clare and John were jamming.

Clara and Marty have been together for 25 years as they met in 1997. Together, the pair are parents to three children. They had their first child, a daughter, in 2002.

Her name is Asha. Likewise, the couple had a second child, who are twin boys, in 2007.

Born and raised in Melbourne, Victoria, Australia, Clara Bowditch is a much-loved Aussie artist. Clara is 47 years old as she was born in 1975. Clara has a huge fan follower of 55.2k on Instagram, active under the username @clarebowditch.

Furthermore, Clare Bowditch holds an estimated networth of over $2 million. She has gathered this hefty sum through her career as a musician, actress, radio presenter and business entrepreneur.

The musician has won several awards, including the ARIA Award for Best Female Artist in 2006 and a nomination for a Logie Award for her work on the TV series Offspring in 2012.

Clare Bowditch Marty Brown Your Own Kind of Girl