Whatever you want to do, do it now, there are just so many tomorrows. The proverb touches the life of Hungarian-American actor, Cornel Wilde who passed away at the age of 77 after earing a massive success through his professions. Although he is far from this world, Cornel was renowned for U.S fencing team for the 1936 Olympics, who later went on for the upliftment on an acting career.

Wilde’s films credits include At Sword’s Point and The Fifth Musketeer. Besides, Wilde was a married man and shared two children. Who are his wives? How much net worth did he have? To know all the details about Wilde’s bio, wiki, salary, and personal life, read this article till the end.

Who is Cornel Wilde? His Bio & Wiki

Cornel Wilde was born as Kornél Lajos Weisz on October 13, 1912, in Privigye, Hungary. His Hungarian Jewish parents were Vojtech Béla Weisz and Renée Mary Vid. The talented linguist and a clever imitation, he had an ear for languages that later became apparent in his career as an actor. 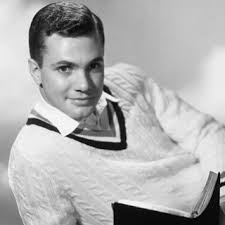 As a pre-med student, Wilde attended New York City College, completing the four-year course in three years and winning a scholarship to Columbia University’s Physicians and Surgeons College. He qualified for the 1936 Summer Olympic Games for the U.S. fencing team but left the team before the games and went to play roles in the theater.

Cornel Wilde made his debut on Broadway at Moon Over Mulberry Street in 1935. Later, he made his appearances for Love Is Not So Simple, Etreus’ daughters, and Having a Wonderful Time. As an actor, he has appeared in numerous films including Exclusive, Lady with Red Hair, The Perfect Snob, A Song to Remember, Leave Her to Heaven, and Star of India. His radio appearances include Screen Guild Players, Hollywood Star Playhouse, Cavalcade of America and Suspense.

Who is Cornel Wilde Married? His Wife & Children

Cornel Wilde was married to the famous actress, Patricia Knight in 1937. The love birds worked together in the film, Shockproof in 1949. Together they had a daughter, Wendy Wilde who was born on February 22, 1943. The couple divorced in 1951. 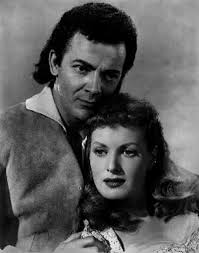 Subsequently, Cornel married the actress, Jean Wallace in the same year of his divorce with Knight. Previously, Wallace was married to actor, Franchot Tone. The fellow couple had co-starred in several films including, The Big Combo, Lancelot and Guinevere, aka Sword of Lancelot and Beach Red.

Wallace’s two children from her marriage with Tone became Wilde’s stepsons. Through their blissful married life, Wilde and Jean had a son, Cornel Wallance Wilde Jr., born on December 19, 1967. The couple divorced in 1981.

Wilde died three days after his 77th birthday because of a disease called Leukemia. Cornel’s body was interred in the Westwood Village Memorial Park Cemetery in Westwood, Los Angeles. He was 77 years old while he died.

How much is Cornel Wilde’s Net Worth & Salary?

Cornel Wilde left a net worth around $5 Million after his death. Eilde had contributed much more to the entertainment industry, so he is still alive in the heart of his fans and admires. Owing to his popularity, surely his net worth might have included a million dollars house and branded cars collections.

Cornel was a very adored personality who had provided a lot in the field of acting his other professions. With such earnings and net worth, Wilde might have enjoyed a rich and lavish lifestyle. 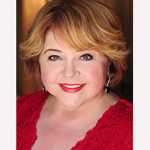 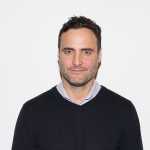