If you have watched the 1989 American film, Stripped to Kill II: Live Girls, then you would probably remember the role of Mantra, played by none other than Debra Lamb. She is an American actress, producer, and a famous writer.

The native of America, Debra has served the film industry for a long time. So, there is no doubt that she has made an impressive net worth. Apart from her professional career, she has a younger sister. She shares a very special bond with her family, especially her mother. So, how is her life going on?

Scroll down and find all in detail about Debra’s personal as well as her professional life. Stay tuned with us.

Debra Lamb was born on 24th November 1963 in Portland, Oregon, the United States to her American parents. Thus, she holds an American nationality and belongs to the white ethnic background. When she was in her mid-teens, her family moved to Los Angeles, California where the event provided her to grab more opportunities in the film industry.

Since a tender age, Debra had shown her interest in art, writing, and dancing. In fact, she used to write kids stories and poems when she was in her early age. In her childhood, her mother made her join the Portland Parks and Recreation Ballet Company where she practiced dancing. She spent her early career performing over dozen of theatrical productions.

Lamb attended Beverly Hills High School and enrolled in modern dance and drama. Later, she joined Santa Monica High School. During her high school days, she decided to pursue her career in the film industry. Her desire for being an actress expanded after she became a student at the Van Mar Academy of Motion Picture and Television Acting in West Hollywood.

Stepping towards her dream of being a professional actress, Debra Lamb got a break debut as a dancer in John Hughes‘ Planes, Trains & Automobiles in 1987. During the time, she worked with the famous stars, John Candy and Steve Martin. Following, she appeared in the 1989 American film, Stripped to Kill II: Live Girls as Mantra.

I can't express just what an amazing experience it was to work with all these incredibly talented and wonderful people on @teachershortagemovie! Thank you @troyesc for your faith in me and for entrusting me with the role of Sue Steel! Thank you @derekhizzle105 for making me look beautiful and for your amazing shots! Thank you @thescreamqueer for your love and support, and your creativity! Thank you @klboul for your brilliant SPFX! I'm so thrilled to have been able to work the phenomenal cast, who are all now in my heart forever! @davidemcmahon @officialkayleewilliams @tamglynn @thescreamqueer @chrisjehnert @samsta1983 @melheflin @tulagit85, @cleveman66, and @julie_anne_philputt who I missed by a day, I love you all so much!! Especially you, Mr. Curtis lol!!! #teachershortage #actorslife #indiefilm #actorslife #thedebralamb #suesteel #horrorfilm #amazing #blessed #houston #texas #onlocation #film #screamqueens #strongwomen #slasher #whodunnit

Apart from her acting career, Debra also contributed her talent as an author. She published her stories in Dark Beauty Magazine between 2010 to 2015. She has also provided her writing in the anthology “Creepies 2: Things That go Bump in the Closet” which is also available on Amazon.

Who is Debra Lamb’s Husband?

As of 2019, Debra Lamb is a 55-year old married woman. She exchanged her wedding vows with her long-term boyfriend turned husband, Eric Archuleta on 7th July 2007. However, the duo has not provided any information on how and when they met for the first time.

Her husband, Eric is an actor, best known for his role in Reyna Young’s Zombie Attack. The story of the film was written by Debra Lamb and Reyna Young. Probably, the couple tied the wedding knot in a private marriage ceremony as they have not revealed anything about their wedding ceremony.

Similarly, Lamb has not also talked about her children or having any kids. She prefers to keep her personal profile low key. Besides, she is free of rumors and controversies as of 2019.

The beautiful actress, Debra Lamb is serving the film industry for a long time. So, she must have collected a huge amount of money from her different professions such as writer, actress, and producer. As per some tabloids, Lamb has maintained a net worth of around $1.5 Million. Going through her Instagram profile, she seems to be living a lavish life. We hope for her flourishing career and happy life ahead. Connect with her on Instagram.

Watch the video of Debra, 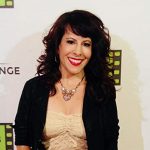 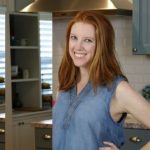