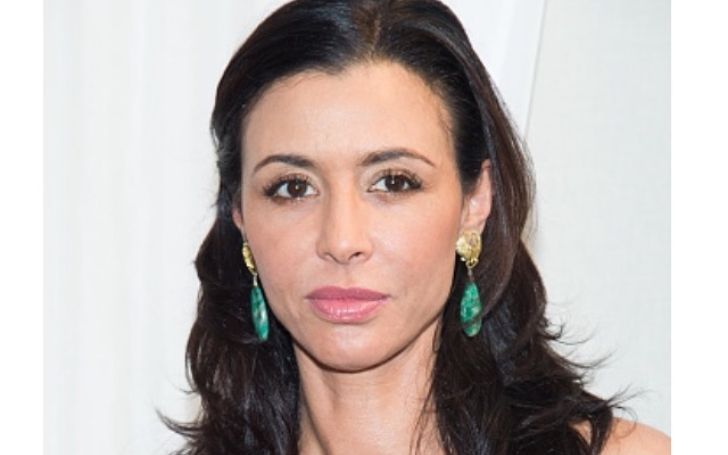 Drena De Niro is no stranger in the Hollywood film industry! She is the brilliant, stunningly beautiful, and sweetest person alive!

This amazing woman is a professional actress, producer, and documentary filmmaker. Not only this, She is a gracious mother and an advocate for animals—also an accomplished equestrian and a proficient lady in martial arts, muay Thai, and Yoga.

In addition, Drena De Niro is a Former model, and D.J.

Despite her name and fame, Drena De Niro is massively known as the daughter of an American actress and singer, Dianne Abbott. Also, as an adoptive daughter of a legendary actor, producer, and director, Robert De Niro.

Did you know that Robert De Niro has a networth of $500 million? No wonder the legendary  Hollywood star has accumulated this hefty sum from his career that spans nearly six decades!

Do you want to know how much his adopted daughter’s networth is? If yes, continue scrolling and know more than just her networth!

The American actress stepped into the entertainment industry as a model. Subsequently, she was driven by her passion for music and fashion.

As a result, Drena became a Fashion Consultant and D.J. She worked as a musical supervisor serving as the creative force behind the coordination for runway shows for the Italian fashion designer, Giorgio Armani.

Then, the musical supervisor dived into acting, appearing in Allison Anders’s Grace of My Heart. Since then, the actress has been acting in numerous films and Tv series.

Above all, the star has been a spokesperson for the Kageno Orphan Sponsorship Program since 2006. The program helps in providing care for orphaned children in Kageno villages.

Starting her acting career in 1996, Drena spans nearly three decades in the field. The actress has appeared in twenty-nine films and three television series to date. Altogether, she has thirty-two film credits under her belt.

Her first appearance was in a 1996 film, Grace of My Heart, portraying Receptionist #1. Then, she landed her role in a 1997 American political satire black comedy film Wag the Dog as Gate Stewardess.

In 1998, Drena played the part of the Waitress in the  American-Korean independent comedy-drama film Too Tired to Die; also in an American romantic drama film, Great Expectations as Marcy.

Likewise, In 1998 the gorgeous and talented actress appeared in five films, At First Sight as Caroline; On the Run as Rita; The 24 Hour Woman as Lori; Personals as Sherie; Entropy as Waitress.

Furthermore, from 2000 to 2018, Drena De Niro portrayed various exciting roles. She played RBTV Lackey in The Adventures of Rocky and Bullwinkle; Keechie in Freewheeling in Roma; Annie in Showtime; Semi in Ghetto Dawg; Vanessa Hansen in City by the Sea; Kara in Soliloquy; Female Staff Writer in Death of a Dynasty; Nada,

Furthermore, The Handler in Freezerburn; Stella Clark in The Lovebirds; Megan in Karma, Confessions, and Holi; Dr. Press in ExTerminators; ‘P’ in A Day in the Life; Ahern Waitress – Ahern Party in New Year’s Eve; Executive Assistant in Welcome to New York.

Also, Hotel Manager in The Intern; Cindy in Joy; Adele in the hands of Stone; Linda in Furlough; Paulette Stone in A Star Is Born; Girl In Beauty Shop in Witness to the Mob; SVU Detective Irma Bolland in NYC 22.

Drena De Niro hasn’t spilled the beans about her marriage. It is unclear if she was ever married.

However, as per some sources, the actress was engaged to an American photographer Austin Yough.

Drena is the mother of a teenager. She gave birth to her son Leandro De Niro Rodriguez in 2005. She often flaunts her son as Leo Rock on social media.

The 17-year-old Leo is already in the spotlight. Following his grandparent’s and mother’s footsteps, Leo has been involved in several professional acting.

He portrayed Leo Stone in A Star Is Born alongside his mother, who played Paulette Stone.

As of 2022, actress Drena De Niro seems to be single as there are no updates on her personal life. Moreover, her past relationships remain unknown.

If you look at her pictures, there is no way she looks like a 51-year-old! Her Brown eyes, medium brown hair, and captivating smile make her look flawless.

Talking about Drena’s socials, the 51-year-old is active on Instagram under the username @drenadeniro, amassing fan followers of 15.9k.

Who is the biological father of Drena De Niro? The answer to this question is mysterious! Neither Drena nor her parents have ever spoken about her birth father.

As a result, the biological father of Drena De Niro remains undisclosed.

Drena was six years old when her mother, Diahnne Abbott, married Robert De Niro. After their marriage in 1976, Drena was adopted by Robert.

Since then, The father-daughter relationship has been harmonious. Moreover, Robert purchased a penthouse apartment for Drena and her son to live in New York City in 2014.

The condo was luxurious, worth $2.85 million, having The two-bedroom, two-bathroom in the West Village.

On the other hand, Drena’s parents’ relationship couldn’t last more than 12 years. Unfortunately, the pair divorced in 1988. They had one son, Raphael De Niro, born November 9, 1976. He is a  real estate broker and former actor.

Since the divorce, Drena’s mother, Diahnne, has been having a low-key profile. It is known that she moved back with her parents and began to live with them.

Besides, she is a New York Women’s Foundation board member and the New York Fund for Public Schools. Robert and Grace married in 1997 and eventually divorced in 1999. They had one son Elliot, and a daughter, Helen Grace.

Before this, Robert was in a relationship with Toukie Smith. They were together between 1988 and 1996. The pair has two sons, Julian and Aaron. They were born through Vitro fertilization and a surrogate mother in 1995.