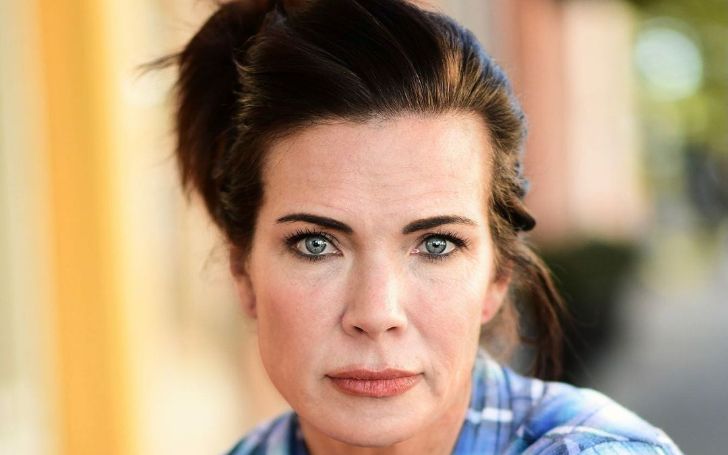 You certainly know who Eaddy Mays is if you’ve watched the supernatural teen drama series Teen Wolf. She is known for the portrayal of Victoria Argent as The Scariest Mom on TV and even The Scariest Person on TV.

Besides, Eaddy Mays is widely known for playing Elaine in an Award-winning movie, The Blind Side.

Eaddy Mays is an incredible actress and a brilliant producer, writer, and director. No doubt, Mays has gathered a hefty sum. She holds an abundant networth of over $1.5 Million.

The primary source of her revenue is from being a professional film, television, commercials and voiceover actor, writer, director and producer.

The professional has appeared in nine films, ten Tv series to date. Moreover, she has directed six short films.

Furthermore, Eaddy began acting from a young age. Therefore, she was 10 years old when she was given the role of Gerda In The Port Washington Play Troupe production of The Snow Queen.

Since then, the actress has been acting, producing and directing.

More on her movies and career,

After college, Eaddy started working in commercial radio and television. Her career took a new turn in 2009 when she was given a role as a cancer patient and had shaved her head entirely bald for a Lexington Medical Center commercial.

Subsequently, Mays amassed a slew of television and cinema credits. In 2010, The actress launched her first production company. Until now, she has had more than fifteen film and television projects.

Her production company, Eaddy Mays Productions, Inc., has moved the base of operation from Los Angeles, California, back to Atlanta, Georgia. Presently, Mays owns and operates the company.

In addition, The producer has volunteered at www.drivingmagic.org. She also loves engaging with the Deaf community.

On January 6, 1971, Eaddy Mays was born in Huntington, New York, United States. Her mother raised her. Her stepdad was Bob Haymes. He was a singer and actor.

The actress is about 50 years old as of 2021. She is as pretty as a picture standing 5 feet 9 inches tall, weighing 55 kg. She has black hair and glorious blue eyes.

Furthermore, Eaddy Mays attended Paul D. Schreiber High School.However, she graduated from James L. Mann High School at 17. Eaddy went to The University of Georgia, graduating with a Bachelor of Arts in history.

In addition, Mays studied theater at the South Carolina Governor’s School for the Arts & Humanities. She also attended the American Academy of Dramatic Arts summer program in New York City In 1996

Is Eaddy married? Who is her Husband?

Yes, Eaddy Mays is a married woman. She is married to a guy named Chuck in 2021. Unfortunately, the exact date of her marriage is yet to reveal.

Similarly, nothing much is known about the couple’s love story. However, the lovely is blessed with three kids.

As a prominent celebrity, Mays is active on various social platforms having massive fan followers. She is on Instagram as @eaddymays, on Twitter as @EaddyMays. Likewise, we can find her on Facebook and Pinterest.

The 50-year-old stunning lady barely posts pictures with her husband on social sites.