Elisa Pugliese is an Actress, Director, and producer best known for her 2013 Documentary Film American Journey. Pugliese came into fame for being the wife of American Actor, Comedian and producer Keegan- Michael Key.

Elisa has acted in movies like the School of Rock (2003), Boy meets Girl (2014 and Fair Game (2010). Besides, Keegan married Elisa as his second wife in 2018 and caught the eye of the public. To know more about Elisa, continue reading the article below

Elisa and Keegan tied the knot in June 2018 in a private ceremony among friends and families at their Newyork city Home on Saturday. The couple exchanged their vows in a star-studded wedding with the presence of A-listed stars like  Jordan Peele,  Paul Rudd, Stephen Colbert, Cobie Smulders, Aasif Mandvi, and many others. Pugliese looked beautiful in a strapless purple Pamella Roland Dress and carried Orchid flower in her hand.

Their wedding reception took place one day later at One World Observatory.  In addition, the reception consisted of a sushi bar and a carving station.

The guests were treated with a five-story light blue wedding cake. Things got romantic after Elisa’s husband key performed a song ‘Tennessee whiskey along with the Newyork city band The Brainstorm for his newly wedded wife.

According to Key, it was a magical evening and the best day of his life. He further added:

“It’s a truly amazing thing when you can find someone who brings happiness and joy to your life,” he said. “And more importantly helps you to share that happiness and joy with others. Before I met her, I didn’t even know that was possible.”

Moreover, as of 2019, the couple is happily living and they are yet to plan for having children. They live together in their New York House.

Elisa’s husband Keegan first married to the former actress Cynthia Blaise. They met while working at the Detroit Repertory Theater. The then couple married in 1998 and worked together in a few projects including Key and Peele.

The amazing part is Keegan married a woman, 14 years elder than him. The couple were happily married and often used to be seen together attending awards shows and functions.

However, they ended their relationship in 2015 following the complication. The report suggests Keegan filled for the divorce which officially finalized in 2017. Keegan and Cynthia didn’t have children, despite being married for 17 years.

Who is Elisa Pugliese?

Elisa is a multitalented talent star who is famous as an actress, producer, and director. She produced her first documentary film American Journey that came out in 2013.  In Addition, Elisa Pugliese worked as a producer on the film Boy Meets Girl, an independent film about a transgender woman trying to find love in small-town Kentucky. Boy Meets Girl earned praise for casting a transgender actress in a lead role.

She also directed The 75th Annual Peabody Awards in 2016 where her husband won the award. Moreover, she has played small roles in movies like The Cake Eaters and School of Rock.

Her biggest break came in 2018 with her husband  Keegan-Michael Key. She directed her first directorial venture where Keegan was behind the camera for her feature film Madero. According to IMDB, the movie is about, “A Puerto Rican undercover cop with the DEA in New York City is forced to protect his family when confronted by demons from his past.”

Elisa has earned an impressive amount from her successful career. However, the exact figure of her net worth is still under review. Moreover, Elisa earns around $56,643 thousand which is an average earning of the debutant director. She also works as the producer in her husband’s event. On the other hand, her husband holds a total net worth of $7 million. Also, he earns a huge sum that amounts to millions.

Nevertheless, her husband has appeared in several hit movies that have done well in the box office.  Besides, some of his earning come from the shows like Get the Hell Out of Hamtown,  ER, Uncle Nino, and I’m With Her. The couple is enjoying rich and lavish life from their earnings.

Elisa lives in a Newyork based apartment worth $5.2 million. Her husband Keegan recently bought the apartment in August 2019. The house is called Jenga Tower due to its eclectic exterior look.

In addition, the house is owned in Elisa’s name. The lavish apartment consist of stunning views of the city, the water, bridges, and beyond. Amenities in the building include an indoor/outdoor theater, an outdoor sundeck, a fitness center, treatment rooms, a steam room, a sauna, a lounge, a children’s playroom, and a 75-foot infinity pool. 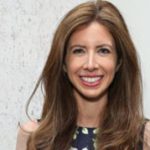 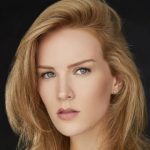