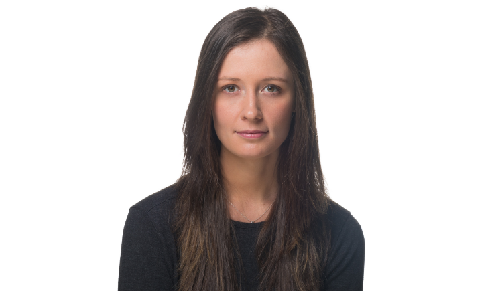 Emma Vigeland is a Political Correspondent at The Young Turks Network. It is a Progressive Left Wing and Commentary program on YouTube. In the network, Vigeland also works as a producer, and she is often seen covering grassroots movements in the country.

Vigeland involves in voluntary works as well. She mostly involves herself in fighting for the cause of children’s literacy. Find more about this young and dynamic correspondent’s personal life, career and so on.

Who Is Emma Vigeland? Her Bio And Wiki

Emma Vigeland was born on 18th April 1994 in Glen Ridge, New Jersey. Vigeland grew up alongside her sister, who is three years younger than her. She moved to New York to pursue her career and currently lives there. Emma went to Kent Place School in New Jersey from 2006 to 2012.

Vigeland continued her education at Lafayette College, earning a Bachelor’s Degree by majoring in Government & Law and graduating with a Dean’s list. Vigeland wrote her thesis on Campaign finance reform which, according to her, is one of the problems to solve in the political climate. Emma became a member of Pi Sigma Alpha in her college.

Before working in the TYT, Emma Vigeland interned at the office of Legal Affairs at Morvillo LLP and Senator Kirsten E. Gillibrand’s office. As a sales associate, Emma started working as an office assistant at Mierop Design and Super Scoop Restaurant.

Vigeland became inspired by the straightforward reporting of the 2016 US Presidential elections campaign by the founder of the TYT, Cenk Uygur. Emma started her career at TYT in 2016 as an intern. Vigeland is a self-proclaimed political junkie, and her hard work at the network quickly made her a favorite of producers.

Soon Vigeland became a permanent member of the network, and the viewers started to like her reporting as she did thorough research on her reports. During her career, she also got to speak to Alexandria Ocasio-Cortez, who later became the US representative for New York’s 14th congressional district.

Emma Vigeland is not married, and she doesn’t have children. Vigeland, as of now, is not in a relationship with any guy. Vigeland supports the New York Giants and New York Rangers, of whom she is an emphatic fan. During her free time from her network, Emma loves to read about celebrity gossip and watch awards show.

Vigeland is not just an American football fan but also an Ice Hockey fan and supports the sport. Apart from that, Emma mostly likes to keep her personal life a private affair.

Similarly, Vigeland is also active on social sites like Instagram and Twitter, but she has never shared any questionable pictures, which could raise questions regarding her love life. Currently, Vigeland seems to be focusing on her career.

What Is Emma Vigeland’s Net Worth?

Emma has been working in journalism for a long time and has progressed from a political correspondent to a producer. TYT is an American news and commentary program on YouTube created by Cenk Uygur, Ben Mankiewicz, and Dave Koller.

The net worth of Emma Vigeland is reportedly around $800 thousand as of 2022. Likewise, she receives a good sum of money from her work. The TYT Network has over 27,000 subscribers who pay $5 to $10 monthly. This allows the subscribers to watch exclusive content from the channel.

Besides that, Emma also contributes to Voluntary programs like Reading is Fundamental, a non-profit organization that fights for the cause of children’s literacy.