Erinn Westbrook is an American actress, model, singer, and dancer, best known for her role as Bree in the musical comedy-drama series, Glee. She is also known for her appearance as Matty’s girlfriend, Gabby Richards in the MTV series, Awkward. Currently, Westbrook is starring in the NetFlix’s black comedy series, Insatiable.

Westbrooks has won the hearts of millions of her fans with her fantastic personality and bold figure. So, is she dating anyone or still single? Let’s take a glimpse on Westbrooks’ personal life.

Erinn was born as Erinn Veronica Westbrook on 12th January 1991, in Long Island, New York, United States. Moreover, she holds American nationality and belongs to African-American ethnicity. At the age of six Westbrook and her parents moved to Town & Country, Missouri, where she spent her childhood.

Westbrook enrolled at John Burroughs School, where she became the captain of the cheerleading squad. Later, she graduated from Harvard University, majoring in English, American Literature and Language.

Erinn also holds a second degree in Dramatic Arts and an advanced certification in Spanish from Harward. Moreover, she was the tenth member of her family to attend this university. While there, Westbrook wrote for the Harvard Crimson and listed as the President of Students Taking on Poverty.

Erinn Westbrook started her career as a host of the American reality TV show, Movers & Changers in 2009. Later, she starred as Angela in the anthology television series, 1000 Ways to Die in 2011. Westbrook also appeared in the television sitcom, Mr. Box Office from 2012 to 2013. Likewise, her other television works are Awkward, The Resident, and so on.

FIRST LOOK AT YA NEW FAVORITE SHOW. 🍭🔥😈💋 Stoked to be part of the madness that is @INSATIABLE 💖 Mark your calendars, babies. August 10! Global release. ALL EPS. @Netflix #BingeIt

Westbrook made her appearance in the American family drama short film, The Debut where she portrayed the role of Sofia Cross in 2012. Furthermore, she starred in Lake Blake‘s comedy film, In a World… as a reality girl#3 in 2013. Westbrook also featured in the drama film, 72 Hours: A Brooklyn Love Story? as Jazz in 2016.

How Much Is Erinn Westbrook’s Net Worth?

Erinn Westbrook has an estimated net worth of $800 Thousand as of 2019. She boasts a massive salary in the range of $300 Thousand to $500 Thousand per year. Westbrook also makes an impressive income from her other works, which include advertisement, endorsed-brand deals, etc.

Westbrook stars with Debby Ryan and Alyssa Milano in the American black comedy-drama television series, Insatiable. Ryan and Milano have a net worth of $4 Million and $10 Million respectively. She also appears with many celebrities who have maintained a massive wealth.

Erinn Westbrook isn’t married yet. However, she recently engaged to her long-time boyfriend, Andrew on 17th August 2019. They are dating each other since the beginning of 2015, after their first meeting at their mutual friend’s birthday party in 2014. Shortly they became friends and started sharing their company.

The love birds expressed their love for each other and became couples for forever. Later, Andrew gave a surprise to Westbrook, proposing her for marriage. Happily, Erinn said ‘Yes’ to him.

Recently, Westbrook posted a photo on her Instagram account while spending a lovely time with her future husband. She also shared a picture with her friends and fiance while spending the holiday at British Overseas Territory in the Eastern Caribbean, Anguilla on 18th June 2018.

Erinn’s fans are curious to see her and her fiance in a wedding dress. Hope, she will soon fulfill her fans’ wishes in the upcoming days. 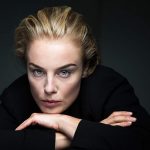 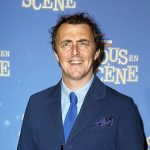