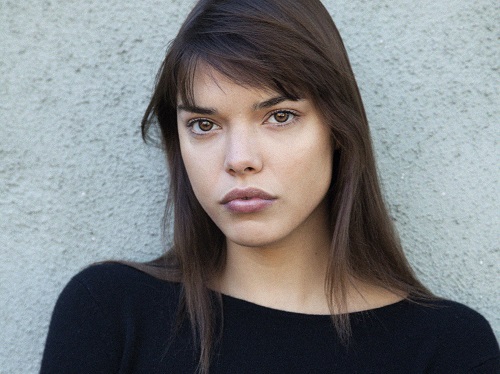 If you were wondering about the love interest of Dylan Sprouse in the 2018 short film Carte Blanche, she is none other than Eva Dolezalova. She is a Czech actress, director, screenwriter as well as a producer. Dolezlova is also the producer of Carte Blanche.

In this capsule, we discuss the details of Eva’s early life, career, relationships, affairs, net worth, and her overall achievements. Scroll down to know more about Eva Dolezalova.

Who Is Eva Dolezalova? Her Bio & Wiki

Eva Dolezalova was born on 5th May 1991 in Prague, Czechia. Her nationality is Czech. The details of her parents, siblings, and early life are not available. Dolezalova is fluent in English, French, Czech, Italian, Polish and Spanish. Dolezalova moved to London at the age of 18. There she studied acting at the Royal Academy of Dramatic Art.

The Czech actress Eva Dolezalova developed her interest in acting at the age of 10. Dolezalova started acting in Czech films and theatrical productions as an actress, dancer, as well as co-writer of plays. Eva truly went out to pursue her dreams at the age of 18 when she left her family and moved to London.

In London, Dolezalova studied acting at the Royal Academy of Dramatic Art. After that, she worked with famous directors like Mike Figgis and Shane Black. Furthermore, Eva graduated from the Royal Academy and later moved to Paris where she discovered her interests.

Moreover, Dolezalova discovered that she was passionate about writing, directing and filmmaking as well. She sharpened her skills in Paris and moved to Los Angeles to pursue her passion. In January 2016, Dolezalova filmed her first short film Sound of Sun starring Suki Waterhouse, Sean Penn and herself.

"Don’t fear, go after your dreams with passion and persistence and don’t worry about what other people say. Only your heart knows the right answer." My first of two posts with @Moroccanoil! This time talking about pursuing one's dreams no matter what & filmmaking. Have a read and find new inspirations on MO's new platform and stay tuned for my next month's video on 5 films every woman should see ❤️❤️ • https://www.moroccanoil.com/blog/style/eva-dolezalova-on-pursuing-your-dreams/ <— link in Bio • Photo by @tonyadams ✨

In addition to that, her first movie got critical acclaim. Nonetheless, the movie led her to direct a couple of other short films as well as two original feature films such as Carte Blanche, and Freak in My Head. Putting aside her career as an actor, director, and writer, Dolezalova is also a motivational speaker.

The stunning actress Eva Dolezalova’s estimated net worth is $3 million. Her multiple professions and hardwork helped her to amass such a huge net worth.

The one and only, the new Oliver frames @oliverpeoples #WhoisOliver

Consequently, an actress in the Czech Republic earns $38,000 per year whereas a director earns $45,000 annually. In addition to that, a writer receives a salary of $31,000 annually. Adding all her sources of income, it is easy to confirm that Eva has great earning.

Although the renowned personality, Eva Dolezalopa makes a great pair with anybody, she is allegedly single. Eva is often spotted with several males as well as female partners on her social accounts which leads question about her relationships as well as sexuality. It shows that Eva might be bi-sexual. However, there is no evidence to support that statement.

Eva Dolezalopa is frequently seen with photographer Daniella Midenge. It seems they hang out often which raises the question of them being together. However, none of them have talked anything to the public.

Furthermore, whether Eva is single or dating someone, she seems to be living a happy life. Eva has a successful career and has maintained a relevant status until now.

Eva Dolezalopa not only have a pretty face but, she also has a great sizzling body. Dolezalopa stands 1.76 m tall and weighs 60 kg. Dolezalopa has olive green eyes which are usually mistaken for brown. Along with that, she has naturally brown hair.

Additionally, Dolezalopa’s zodiac sign is Taurus as she was born on May 5. The 28-year-old Czech actress is full of determination and courage.