Is An English Actor and Model, Eyal Booker Single or Dating Anyone? 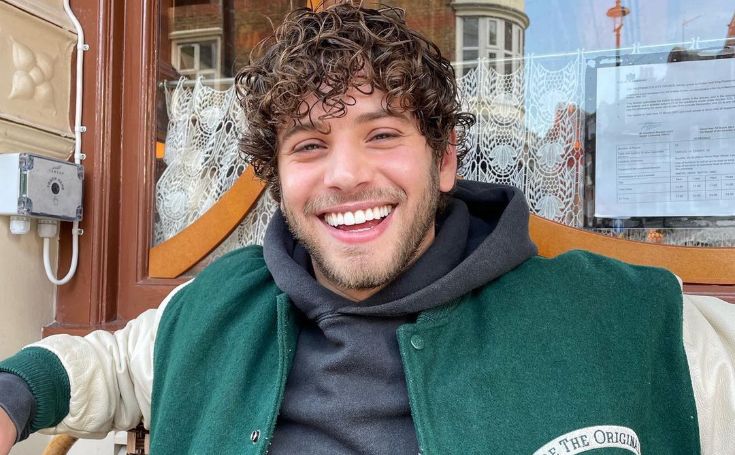 The British model and actor Eyal Booker is also an Instagram influencer who enjoys the showbiz lifestyle. She is best known for participating in the popular British reality television series Love Island.

After working in the fourth series of the dating reality show on Love Island in 2018, he paired up with Hayley Hughes and Megan Barton Hanson. Also, she was the cast member of BBC One’s Impossible Celebrities, alongside Jordan Banjo.

Besides, Booker has a musical side and is a model and television personality; he was a member of the pop band Ever Young.

Recently, the model is known as the new beau of Delilah Belle Hamlin, the daughter of The Real Housewives of Beverly Hills star Lisa Rinna and actor Harry Hamlin. But, she is a model and Instagram star by profession.

Please read all the articles to know more about his entire life.

The prominent actor, Eyal Booker, hails from London, England, on August 2, 1995, and was born into a Jewish family to an Israeli mother, Michal Booker and his father’s name is unknown. He has two older brothers named Tal, Arie Booker and sister Oriane.

Further, he belonged to Jewish, was raised in Bushey, Hertfordshire, and enrolled at a Jewish mixed comprehensive school called JFS in Kenton, north London.

During his childhood, he became a part of Truly Scrumptious, a modeling agency for kids, which Eyal joined along with his brothers, Tal and Ariel.

Although the star wasn’t aware of joining Truly Scrumptious, his experience at the agency would later play a crucial role in him wanting to become a model.

There, he studied until the age of 16 and was formed by Sylvia Young Theatre School members.

Before that, at only the age of 11, he worked as a model for commercial brands and worked part-time at a boutique London agency. Later, the actor signed the school’s record label Seymour Place Music.

Being a part of Ever Young, Booker traveled across the country while still in his teens.

The 5feet 9 inches tall Eyal began his modeling career when the man was at the thick of things while working for Ever Young; the hunk knew deep inside that he was meant to be a model.

But, Booker decided to walk away from Ever Young to explore opportunities in the modeling industry.

Subsequently, he was signed by modeling agencies such as W Model Management and Brick Models; because of his good looks and amazing physique.

Later, the star was signed by agencies like News Models and Full Circle Model Management, leading to his association with brands like Adidas and Bang+Strike.

Then, he initiated gaining public attention from his female fans as most of them thought that Eyal was the only good-looking male contestant in the series.

As a result, his presence in the show directly influenced the number of his social media followers, which was on the rise.

When did Eyal Booker and Delilah Hamlin Start Dating?

Twenty-Seven years old, handsome hunk Eyal is in a relationship with his longtime girlfriend, Delilah Belle Hamlin, 25; Lisa Rinna’s daughter from the Real Housewives of Beverly Hills is his girlfriend.

Further, the duo started dating after Booker’s experience on Love Island and first confirmed their love romance in May 2019.

After their first encounter at Coachella, the beautiful couple started dating after only a month. Later on, they had a romantic date in Los Angeles, where the pair shared a steamy kiss.

Ever since, the lovebird is going still strong and mostly posts their fun adventures on their respective Instagram accounts.

The curly-haired stunning and the aspiring model are close to each other families. Before Delilah, he was dating ex-contestants of Love Island, Megan Barton Hanson and Tina Stinnes.

On the other side, Hamlin hooked up with her high school sweetheart, Aidan Reilly, for four years from 2014 to 2018 and with Cully Smoller and Jay Alvarrez.

Despite having had the most terrible luck with previous relationships, Booker has finally found the one for him. Currently, the pair are enjoying their romantic entanglement and blissful life. Also, they two stay clear of any controversy.

Still, the model is going strong with his girlfriend Delilah and frequently posts on Instagram about their fun adventures as a couple.

Let’s wish them for their upcoming days and his well-wishers, eager to see them as husband and wife. In contrast, the lovebird may be planning to marry soon and start a family.

How Much is English Model Eyal Booker’s Net Worth?

The 178cm tall Booker is one of the richest Models and is also listed on the Richest Models’ elite list. As per our analysis, Wikipedia, Forbes, and Business, Insider, his net worth are approximately $1.5Million.

In the fourth season of Love Island, he entered the villa on the 1st Day, but later, Hayley Hughes dumped him on Day 25.

Asides from that, Eyal has played with pop band EverYoung, formed in 2012. The company who met at the Young Theatre School debuted their single. You Got Me, released 30th in the UK indie chart in 2013.

Even they signed with the independent record label Seymour Place Music from 2011 to 2015.

At present, he has accumulated a huge social media following, including 792k followers on his Instagram handle and 276.9K on TikTok.

Keep updated with AllStarBio, and it will let you know more mesmerizing biographies on your favorite celebrities.