Gary Carr is an English stage, film, and television actor, dancer and also a musician. He is known for his role in BBC TV series Death in Paradise and also in the US TV series The Deuce. Likewise, his other TV series credits are The Good Fight, Downton Abbey, Planet of the Apemen and others.

The London native Carr is seen on the big as well as small screen and has won the hearts of several audiences who are interested to know about his love life. So, what is his current relationship status?

Gary Carr was born on December 11, 1986, in London, England, the UK under the birth sign Sagittarius. Further, he has a brother Daniel Carr who is a professional footballer. Growing up in London, Carr had a passion for acting so he joined National Youth Music Theatre where he took part in a play titled For Walls.

After that, Carr went to the Croydon Youth Theatre Organisation CYTO where he participated in several plays. In 2003 he attended at the Arts Education and Performing Arts College for his A levels. There Carr featured in several school production and graduated in 2005.

In addition, Gary won a scholarship to the London Academy of Music and Dramatic Art. There he spent three years and further featured in The Country-Wide, Romeo and Juliet, and Twelfth Night.

Who Is Gary Carr’s Wife? Know About His Personal Life

The 32 years old Gray carr is private about his personal life so its hard to find the details about his love life. However, once Carr stated that he has a girlfriend in Paris. It was also said that Gray went to Paris to visit his partner however he never revealed the name of the girl.

Though Carr’s off-screen romance is unknow, the on-screen love between him and Lilly James as Lady Rose in Downtown Abbey is known all over the world. The black guy meets Lady Rose in the club and the attraction between them starts eventually which leads the beginning of a new relationship.

Though the couple shares a loving relationship on the screen, they never fell for each other in real life. As of now, the star of Death in Paradise seems to be single and not married as he hasn’t been spotted with any girl.

What Is Gary Carr’s Net Worth?

The London native Grar Carr collected a substantial amount of fortune by working as an actor in movies, television, and stage. His net worth is estimated to be around $1 Million as of 2019. As per Payscale, he earns the average salary of around $50,539 per year.

In addition, Carry has played in few movies and TV series including Klink Klank, Caesar and other. In 2019, Carr played in an American action thriller film 21 Bridges along with Sienna Miller, Stephan James, Keith David, and others. His co-stars’ net worth are $18 million, $1 Million, and $3 Million respectively.

Likewise, Gray played in The Deuce along with Maggie Gyllenhaal, Gbenga Akinnagbe, Chris Bauer and others. With the massive success in the industry, Gray is living a luxurious life relishing a massive amount of money. 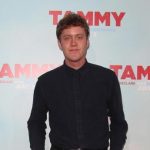 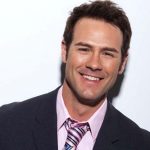