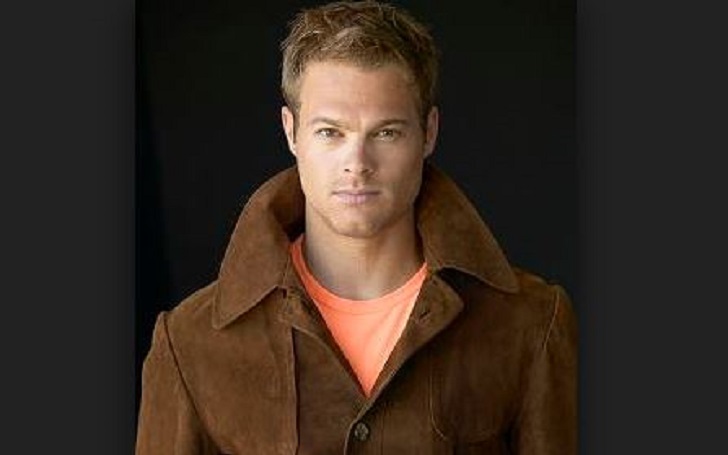 George Stults is an American actor as well as a model. Furthermore, Slults is best known for his role as Kevin Kinkirk in the TV series 7th Heaven(1996). He also appeared in several movies like What Lies Above as Tyler and I are not ready for Christmas as Drew Vincent.

Stults earns an impressive salary and has maintained a lucrative net worth from his profession. Besides, he is living a single life. To know more about Stults’ personal life and career, read the biography of George Stults.

George Stults was born on the 16th of August 1975 to the parents Jenelle and Ronald Stults. Growing up, he spent his childhood in Colorado, although he was born in Detroit, Michigan.

Similarly, George has a brother Geoff Stults, who is also an actor. Further, he is of mixed ethnicity and holds an  American nationality.

Talking about his educational background, Stults studied at Whittier College, where he played football and performed in some theatrical productions. He also offered wrestling at the University of Southern Colorado but didn’t join to be near his younger brother Geoff. During his childhood, he had a strong interest in wrestling and acting.

The handsome actor George has perfect shape and measurements. He stands 6 feet tall. George is enhanced with numerous qualities that make him one attractive man. Moreover, he is one glamorous American actor with a pretty face, tall height and a sense of great dressing.

Coming up to George’s relationship status, he is not married. However, the actor has shared a long-term relationship with actress Heidi Androl since September 2005. Despite being popular as a talented and handsome actor, George has managed to keep his personal life very low.

The Hallmark actor who shared the screen with Dan Lauria in the movie I’m Not Ready for Christmas has not revealed much about his girlfriend. Exploring his Instagram profile, the couple often treats each other as husband and wife but is yet to exchange their wedding vows.

For now, Stults is focusing on his professional life. George is also said to be dating Lisa Unijewski, as per various tabloids. Nevertheless, he has not confirmed any news about his current relationship status. As of 2020, he is free of rumors and controversies.

Stults has had an interest in acting and wrestling since high school. He began his career as a model. In 7th Angel, he got his first acting role, a TV series 7th Heaven where his brother Geffo had a recurring role as Mary Camden’s love interest Ben Kinkirk.

He became a regular from the 6th to the 11th season; just like his younger brother, he played Kevin’s role in the series.

Later Geoff remained a regular cast member of 7th Heaven from season 6 until the final season 11. In 2011 he also made a guest appearance on the season 7 episode of Friends.

Moreover, he appeared in tv and print ads for Liz Claiborne’s fragrance Bora Bora in 2002. Similarly, he also appeared in the Spirit of a Boy, Wisdom of a Mann music video by Randy Travis.

George Stults has collected a huge amount of money from his successful career. However, the exact net worth hasn’t been disclosed. But we can assume that he has maintained a fortune in six figures.

The average salary of an American actor is around $19113, so he might be gained more than estimated. George is one of the most humble and dedicated actors in the entertainment industry.

His earnings are solely aided by the number of movies and TV series he has worked on. To date, Stults has pocketed a good sum of money, but he hasn’t revealed the house he owns and the cars he rides. On the other hand, his brother Geoff Stults has an estimated $22 million as of 2020 throughout his acting career.