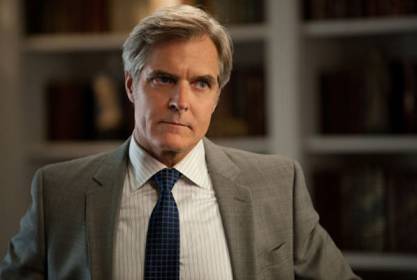 Henry Czerny is a Canadian film and television actor best known for his role as Kittridge in Mission: Impossible and Norfolk in the Tv series, The Tudors. Also, he is known for his role as Conrad Grayson on the ABC primetime soap opera Revenge. Further, he has also received the Theatre World Award and two Gemini Awards. Until now, he has played in several movies and tv shows. Let’s get into the article to know more about his professional life.

Is Henry Czerny married? If so, then who is his wife? So far, Henry has amassed a decent amount of $6 million net worth throughout his career. Please read the full article to learn about his bio, age, marital life, wife, salary, and earnings.

Henry Czerny was born on February 8, 1959, in Toronto, Ontario, Canada. As per birthdate, he falls under the zodiac sign Aquarius and is 63 years old. Further, he is of Canadian nationality and belongs to mixed ethnicity. Henry is the youngest child of his Polish-Canadian parents. His father worked as a welder, and his mother worked in a bakery.

Talking about his academic qualifications, Henry attended college at York University, where he completed his graduation.

Henry Czerny joined the National Theatre School in Montreal and received formal training in acting. Afterward, in 1982, he performed on stage across Canada, from Ottawa’s National Arts Centre to Edmonton’s Citadel Theatre and the Stratford Festival.

Czerny had established himself as a seasoned veteran of Canadian theatre by the late 1980s; under the direction of Janel Keele, Czerny got his acting debut in musicals at Humberside, Collegiate Institute in Toronto. He then had prominent roles in several on-screen blockbusters such as The Boys of St. Vincent, Mission: Impossible, Clear and Present Danger, The Ice Storm and The Michelle Apartment.

He has collaborated with stars like Tom Cruise, Jon Voight, Jonathan Rhys Meyers, Henry Cavill and many other in on-screen plays like The Tudors and Mission Impossible.

Henry Czerny is a married man. He has been happily managing his marital relationship with his wife, Claudine Cassidy, since 2001. We can tell that the couple is head over heels for each other.

Both husband and wife are spotted regularly out in public. The above picture is during the Festa Italiana with Giada de Laurentiis opening night celebration of the third annual Los Angeles Food & Wine Festival on August 22, 2013, which was held in Los Angeles, California. 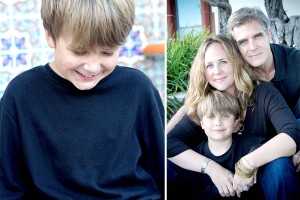 Image: Henry and Claudine Cassidy along with their son.

The couple together has a son from their blissful marital relationship named Cameron Czerny. The family lives a blissful life with each other with lots of love and respect.

How Much Is Henry’s Net Worth?

Since being active in the industry since 1986, Henry Czerny has gathered a net worth of around $6 million. And of course, it is expected to grow more in the coming years by a couple of millions.

His portrayal in the 1996 thriller action movie Mission: Impossible was a breakthrough blockbuster of his career. The movie was prepared on a budget of $80 million, which grossed over $457 million at the box office. Further, the movie has a good IMDB rating of 7.1 out of 10. Until now, he has played in several films and tv series, which has probably assisted him in gathering such net worth.

Currently, The Tudors actor has reached the age of 63 and is still active in his profession. The star has well maintained his body physic to an optimum level. Perhaps he is applying a healthy lifestyle.

Looking at his body features, he stands at the height of 1.75 m which is 5 feet 9 inches. However, his exact body measurement can’t be specified for now. Further, Henry’s hair is grey with blue eyes.