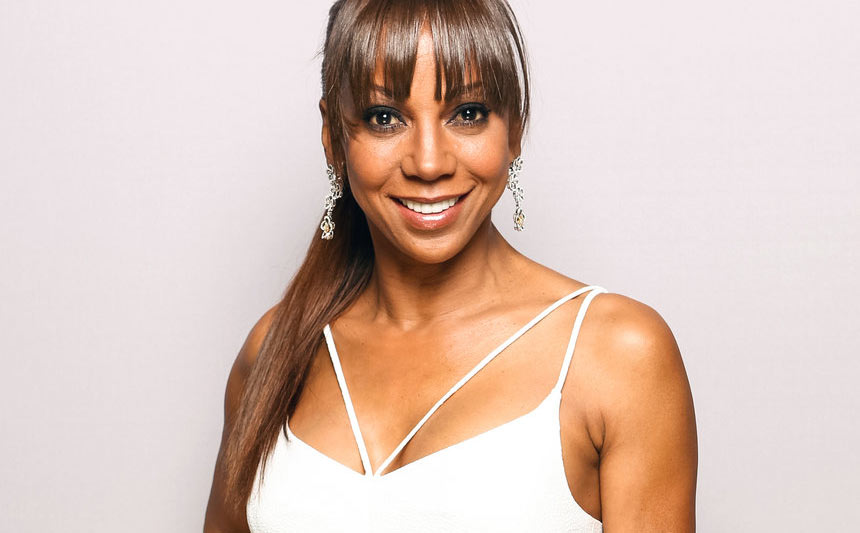 “Passion leads to success and success leads to satisfaction.” With this motto, American actress and singer, Holly Robinson Peete became one of the popular celebrity in American entertainment industry. She is best known as Judy Hoffs on the Fox TV police drama ‘21 Jump Street’. Well, she also performed in several TV series such as ‘For Your Love’, ‘Hangin’ with Mr. Cooper’, ‘The Celebrity Apprentice’, ‘Chicago PD’ and many more.

Holly was one of the original co-hosts of the CBS daytime talk show named The Talk. She has given an outstanding performance in her work as an actor in the shows that she has contracted. With fame and money, Robinson has earned a huge respect throughout her life.

#wcw Miss Julia from @sesamestreet is my #womancrushwednesday ??I’m still just in awe that Sesame Street added this beautiful new Muppet who just happens to have #Autism. Anybody raising a child with autism will tell you that this is a game changer. Of course for me personally there’s the full circleness of the fact that my dad was the original Gordon on the show. Almost 50 years later this program keeps caring about and serving children in ways that other children shows don’t. ??? we had the chance to honor #Sesameworkshop last year at @hollyrodfdn #DesignCare and Julia walked the red carpet with me!!! ???????? Thank you for Julia, #SesameStreet!..you da real MVP ? #DesignCare20 is one month away!! Go to Hollyrod.org click on link in bio to see how you can walk the carpet like Julia! ????

Moving towards her education, Holly graduated from Santa Monica High School in Santa Monica, California. Likewise, she graduated from Sarah Lawrence College with a degree in psychology and French. As a result, she is fluent in French and also she studied abroad for a year at the Sorbonne. In addition, Peete’s star sign is Virgo.

Talking about her career, Holly started acting at an early age playing the role of a little girl Sally in 1969 TV series called Sesame Street. Likewise, she performed in several televisions series such as The Jacksons: An American Dream, Hangin’ with Mr. Cooper and more.

Holly started co-hosting the CBS daytime talk show, The Talk on October 18, 2010. Besides, she also performed in a couple of films such as Howard the Duck, Matter of Life and Dating, Speed-Dating, and Instant Mom. Lately, the beautiful actress starred in TV series such as Chicago PD, and Meet The Peetes. In addition, Holly also took part in The Celebrity Apprentice 3.

She has also entertained the 42nd NAACP Image Awards along with Wayne Brady. So far, she has not won any awards in her career. Although, she got six Image Award nominations as well as a Kid’s Choice Award and Blimp Award.

#mcm thank you for not only being my partner in life but my partner in #service! So proud to receive his and her awards from @thejonathanfoundation with you @rodneypeete9! You were the person who initially encouraged us to start @hollyrodfdn over years ago in honor of my dad and his Parkinson’s disease. Hard to believe we’re celebrating our 20th annual gala coming up July 14! For more information on #DesignCare20 @hollyrodfdn and the work that we do please go to my link in bio or go to Hollyrod.org!!

The 54-year-old American talented actress, Holly is a married woman. She married Rodney Peete, a former American football quarterback on June 10, 1995. As romantic as it sounds, Rodney surprised Holly by proposing during an episode of Hangin’ with Mr. Cooper. The couple married June 10, 1995 before 300 guests at the home of Leslie Moonves, the chairman and chief executive of CBS.

Thank you to everyone who watched #MeetThePeetes tonight on our new night! Mondays!! ???

It has been more than two decades the couple has been married. Apart from her husband, she has been never spotted with any man in the public and media. Currently, Holly and Rodney are enjoying their married life and living elegantly.