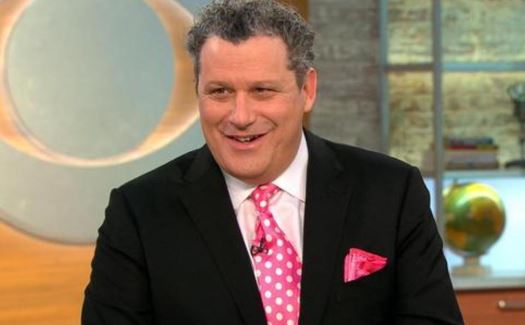 Fashion Designing is an art of applying aesthetics to any clothes or accessories that come with it. Today, we will be discussing one of America’s praised Fashion Designers who built a career by dressing some of the elites in Hollywood as well as the general public, Isaac Mizrahi.

Issac contributed to the field of Fashion Designing with his creative designs and affordable price range of clothes. He won the CFDA Award for Womenswear Designer of the Year (1989 and 1991). Let’s find in detail about the iconic designer.

Isaac Mizrahi was born on October 14, 1961, in Brooklyn, New York, the USA, in a religious Syrian Jewish household. Mizrahi is an American Fashion Designer who is famous for his alluring clothing designs along with his humongous personality in televisions and films.

Isaac held a strong passion for making clothes from a very young age.  His father was a children’s clothing manufacturer. Isaac’s mother was familiar with her good sense in fashion and was always “well-dressed.”  His mother used to take him shopping in some of the most beautiful shops around New York City.

At the age of 10, Mizrahi got his first sewing machine, which he used for making dresses for the puppets. By the time he was 13, Mizrahi had built all his skills in making clothes for himself with his mother and her friend. When Mizrahi reached the age of 15, he launched his label ‘IS NEW YORK’  with the aid of a family friend.

Isaac Mizrahi’s parents wanted him to get a  religious education. So, they enrolled Mizrahi to a nearby Yeshiva, a Jewish educational institution. Isaac was not interested in going to a conservative school. Thus, he was suspended and expelled multiple times.

Even after being accepted back lots of times because of his mother’s plea, Mizrahi left Yeshiva at the end. To make his career in his interested field, he enrolled in New York’s High School for the Performing Arts, currently known as LaGuardia High School of Music & Art and Performing Arts.

There he studied music, drama, and dance. Despite the fact Mizrahi loved the performing art, his true passion was for fashion designing after all. As a result, he began taking evening classes at one of the highly respected design colleges, Parson School of Design, and studied full time.

By the age of thirteen, Isaac started designing clothes for himself with the support of his mother and her friend, Sarah Haddad, who was also his financial mentor for ‘IS New York‘.

During his time in Parson School of Design, Mizrahi got a job at Perry Ellis. Two years after his graduation, Mizrahi left the company and joined Jeffrey Banks to help forefront new womenswear collection. He remained there for a short time and shortly went to Calvin Klien but left in less than a year due to the company’s workforce changes.

Following his leave, in June 1987, Issac and Sarah invested $50, 000 each to open Mizrahi’s own womenswear company. In addition to that, in 1990, Mizrahi premiered his men’s wear collection. In 1995, Douglas Keeve directed a 1hr 13min documentary entitled ‘Unzipped’ in which home movie clips of Isaac’s childhood are pieced together with fragments of his influences.

Some of Mizrahi’s famous clients were Hollywood stars like Debra Messing, Selma Blair, Julia Roberts, Nicole Kidman, Natalie Portman, and Sarah Jessica Parker. Moreover, Mizrahi designed for the Liz Claiborne brand for a year in 2009. Then he launched a new label, which he named ‘IsaacMizrahiLIVE!‘ solely for QVC (home shopping network). Mizrahi currently serves as a judge on Project Runway: All-Stars.

Isaac Mizrahi was very close with Perry Ellis, and he remembers him as his first mentor and calls him (his) “my guardian angel.” As a kid, he was very close to his mother.

As a kid, Isaac always wanted a barbie doll. He thought he stood out as “chubby gay thumb” is his orthodox Jewish family. Mizrahi came out as gay to his friends and his family. But he kept the fact from his father. Only after his dad passed away, Isaac openly came out as gay to the public.

The 57-year-old American fashion designer has been married for eight years with his long-term partner, Arnold Germer. Isaac and Arnold tied the wedding knot on the 30th of November,2011 in New York City Hall, USA.

Also, they got married as per Arnold’s wish after same-sex marriage was legalized in New York City recently. Through Mizrahi’s Instagram posts, it is apparent that the love birds are very much in love and living happily together. The couple is reliable and supportive of each other.

The duo raises two adorable dogs named Dean and Kitty, stating them as ‘sibling.’ Matter of fact, Isaac is a true pet-lover. He continually posts pictures of him with his cute dogs.

To add more, Mizrahi revealed in his book ‘I.M.: A Memoir’ that he was once in a relationship with Douglas Keeve. Douglas was the director of his 1hr 13min documentary, ‘Unzipped.’ According to Isaac, their relation lost heat after the filming and releasing of the literature.

Isaac Mizrahi collected an estimated net worth of $20 Million, which he accumulated through his successful career as a Fashion Designer. He and his husband, Arnold Germer, live in a 4,000-square-foot apartment in Manhattan city, which might have cost him around $6 Million at the time of purchase.

Moreover, Mizrahi’s collaboration with Target is famous as one of the successful partnerships in history, according to a retail analyst group NPD that created a new kind of retail category. His line for Target had home goods, women’s clothes, shoes that were made affordable by all,  brought about $300 Million in sales of each year for five years.

Since 2012-present date, Mizrahi has been the head judge of the show ‘Project Runway All-Stars.’ The average estimated salary of a TV show judge is $2 Million per season. On the whole, it can be assumed that he is doing great from his appearance as a judge of the show and his business.