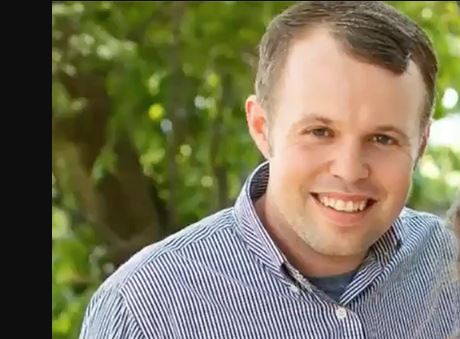 John-David Duggar is an American reality tv personality who rose to fame for his appearance in the reality show 19 Kids and Counting. He is also famous as the 2nd son and 3rd child of Michelle Duggar and Jim-Bob Duggar. Moreover, John-David first made his appearance on the TLC reality series when the show was titled 14 Children and Pregnant Again.

Not just that, John-David is the owner and operator of Duggar Towing. The 30 years old, Duggar is happily living with his wife and their beautiful daughter. John has gained a huge name and fame from his successful career. There’s a lot more to know about Duggar including his bio, net worth, relationship, and children. So, read the whole article.

John-David Duggar was born on January 12, 1990, in Arkansas, the United States of America. He is the second son and third child born to Michelle Duggar and Jim-Bob Duggar. John holds an American nationality and belongs to white ethnicity. The 30 years old is three minutes younger than his sister Jana Duggar.

How rich is John-David Duggar?

As the owner and operator of Duggar Towing, John has grabbed a massive fortune. The considerable amount of his net worth is around $500 thousand as of 2020. Prior to his career as a reality tv star, he has volunteered at the Tontitown Fire Department as a firefighter and first responder. Yet, the exact figure of his net worth and earnings is still under review. In addition, John-David has earned great fame after he appeared in the reality show 19 Kids and Counting along with his parents and siblings.

Additionally, he also runs different senators and real estate businesses from where he has earned a good amount. Besides, The Duggar family has a net worth of $3.5 million from their appearance in the reality show 19 Kids and Counting.

John-David Dugger, 30, is a married man. Well, he exchanged his wedding vows with his longtime girlfriend turned wife Abby Duggar. The duo dated many years until they decided to get engaged in June 2018. The reality tv star married Abby in November 2018. As per the US magazine, John wanted to keep hos nuptials untraditional. As a matter of fact, all the Duggar have got married young.

Besides, ever since Abbie started dating John she became very close with his twin sister Jana, who was also invited at the bride’s party. She walked down the aisle with her dad, in front of a thousand guests at a Baptist church. With the passing year, their loving is filled with happiness, and they are living a delightful life.

As the symbol of their love, the duo became parents of a daughter, Grace Annette, on January 7, 2019. She was born weighing 7 pounds, 11 ounces.