Julia Garner is an American actress as well as a model. She came to limelight after appearing in the Netflix crime drama series Ozark. For her role in the series, Julia was nominated by a Female Actor in a Drama Series for the 25 Screen Actors Guild Award for Outstanding Performance. She also played in Maniac, Dirty John and many others.

Check out the article to learn all the details about the bio, age, wiki, height, net worth, and ethnicity of Julia Garner.

Julia Garner was born on February 1, 1994, in Riverdale, Bronx, New York under the zodiac sign Aquarius. She is born to the supportive parents Tami Gingold (mother) and father, Thomas Garner. Her father is a painter and an art teacher whereas her mother is a therapist and also a comedian in her native Israel. Her parents raised her along with her sister Anna Garner in a Jewish family.

Who is Julia Garner Boyfriend? Know about her Relationship

There are many fans of Julia Garner who are wondering to know whether Garner is married. Well for your information, the 25 years old Julia is not married yet, but she seems to be in a romantic relationship with her boyfriend, Mark Foster. Her partner is an American songwriter, musician, and singer known as the leading singer of the band Foster, the People. Going through her Instagram account, it seems like Julia and her boyfriend Mark is together for over a year.

The actress frequently shares pictures especially on Instagram with her partner spending time together and went to the vacation.

As of 2019, Julia and her partner are living a happy life, and they are one of the lovely couples you could ever know. Although they have been dating for over a year, neither Julia, not her boyfriend Mark haven’t mentioned the plans for their engagement and wedding. However, we assume that the duo will soon walk down the aisle.

At the age of 15, Julia began her acting lessons in a short film Julia. Later when she became 17, she played the role of Saraj in the thriller drama film, Martha Marcy May Marlene. In 2012, director David Chase invited Julia to play a role in the movie Not Fade Away. The same year she played in the film, Electrick Children alongside Rory Culkin and Liam Aiken.

Also, in 2012,  an American actress Julia played her first lead role in the horror film The Last Exorcism Part II as Ashley Bell and even in the American remake of the Mexican horror film We Are What We Are. Furthermore, in 2012 she had a recurring role on the third season of FX’s The Americans.

Poker night with the fam ♠️🎲💵

Moreover, Julia has also made her off-Broadway debut in Noah Haidle’s play Smokefall at MCC Theater in 2016, but had dropped out during rehearsal because of scheduling conflicts. Her other Netflix series credits are Ozark, Maniac and many others.

As Julia is a rising star, she has starred in a limited number of movies as well as television series. From her acting and modeling career, she has gained a significant amount of money and has a considerable net worth.

Some of her movies box office collection are listed below;

The 25 years old young actress, Julia stands at the height of 5 feet 5 inches (1.65m) tall. Similarly, she weighs around 55 kg. Garner has an attractive measurement of 31-25-33 inches which include her breast, waist, and hips respectively.

Yesterday was such a beautiful night at the MET GALA! Thank you @voguemagazine and @zacposen! ZAC I LOVE YOU SO MUCH! YOU MADE ME ONE HAPPY CAMPER! 🌟#metgala#metgala2019 #camp 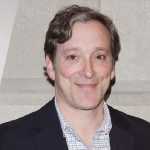 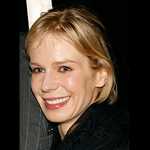