Call it what you want to, cute, handsome, nice-looking, attractive, dashing all the criteria is gratified by Jung Yong-hwa. He is a lead vocalist of Korean rock band CN Blue who has worked as an actor, songwriter, and producer. Jung solo album One Fine Day reached the number one spot on USA’s Billboard’s World Albums Chart. The star also has the distinction of having his tracks at the number one spot of the music charts of South Korea, J, pan and China.

If you want to know all the details about his net worth, wife, married life, height then read the whole article. We will make sure to provide you with all the details.

Jung Yong-hwa was born on 22 June 1989, in Yeoksam-Dong, Gangnam-gu, Seoul, South Korea. He is the second son of his parents. He grew up with his elder brother who is four years older than him.

His family moved to Busan in 1991, where he completed his high school. The young star moved back to Seoul to join college, where he joined FNC Music. Jung started composing music when he was in school level and became part of a band when he was in college.

He moved to Japan when he was 20 to study music and started performing with his band CNBLUE. In 2009, they made their first independent album Now or Never and also made several street performances to promote their music.

In 2010 Jung Yong-hwa and his band made their official debut in South Korea, with their album, Bluetory that took the charts by storm with their title song I’m a Loner. The following year he also released first solo single For First Time Lovers.

Similarly, he was the first member of his group to take up acting with a role in the television drama You’re Beautiful in 2009, where he is featured as the lead guitarist of a musical group. The serial became extensively popular in Korea and Japan. Furthermore, in 2011, he again co-starred with Park Shin-hye from You’re Beautiful in the serial Heartstrings. His performance turned him into a youth icon in Japan and South Korea as well.

Talking about his age, Jung is currently 29 years old and will be 30 coming June. He has a perfect body which is appealing to all his female fan and admirers. His good looks, soulful voice and incredible acting skills are amalgamated by his 5 feet 11-inch body, makes him liked by all people who watch him on screen. The star has brown hair with brown eye color.

Is Jung Yong-hwa’s Married? Know About His Wife

Many female fans around the globe admire Jung Yong. So, it hard to expect him to be single. His name has been linked with many co-stars and celebrities of South Korea, one of which includes the pretty and the famous actress Park Shin Hye. Jung and Park worked together on screen and was rumored to be dating on several occasions. The rumors of them dating however never got confirmed.

The South Korean actor has not been married as far as the news of the tabloids is concerned. As of now, it seems that he is not involved in an affair and does not have a girlfriend.

Jung Yong-Hwa has earned a tremendous amount of money from his singing and acting career. According to a reliable source, his net worth is around $20 million, in 2019. There are no further details about his salary and other assets. Similarly, there is also no information about the house he lives in and the car he rides. 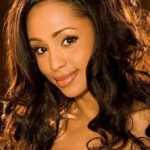 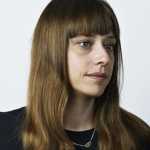