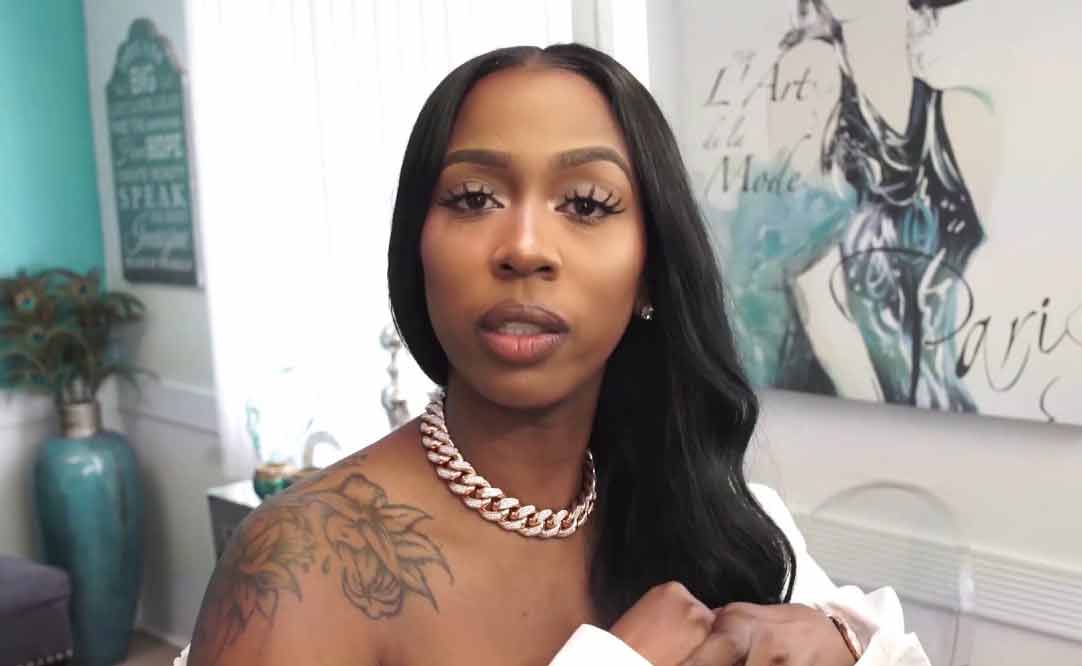 Kash Doll is a well-known rapper, songwriter and actress whose real name is Arkeisha Knight. She never stopped grinding and working hard because of which she gained huge success in her career. Kash is known for her successful mixtapes which have gained popularity in the rap industry.

She is most famous for her viral music video, For Everybody and her mixtape, K.R.E.A.M Kash Rules Everything Around Me. Moreover, she has also released her own emoji app called KDmoji.

Kash Doll was born Arkeisha Knight on 14 March 1992 in Detroit, Michigan. She holds an American nationality and holds an Afro-American ethnicity. Her father passed away when she was just one year old and later her mother remarried. She along with her six younger siblings were raised by her mother and stepfather in Detroit.

Kash always used to dream of being a rapper one day but never found a courage to achieve it. But Kash never stopped listening to songs of the singers like Rick Ross, Jennifer Lopez, Drake.  She held various odd jobs such as babysitting, being a janitor at Ford Field. Moreover, she also worked at Better Made Chip factory, Best Buy, and many others.

Before pursuing her childhood dream, she worked as a model. Then she officially started her career in the music industry in 2014 by releasing a remix version of Tinashe’s 2 On. She also collaborated with Compton AV, Young Gator, Lil Stl, Ca$h Out, Philthy Rich and Troy Ave.

However, her first single is Run Me My Money. And other mixtape includes K.R.E.A.M. Kash Rules Everything Around Me, Keisha Vs. Kash Doll, Trapped in The Dollhouse. She has also performed with the Canadian musical artist Drake.

In March 2018, she released her most recent mixtape, Brat Mail. As of 2018, she is currently working on her studio album. Furthermore, she also made her debut in cinema by starring in the drama film, Birds of a Feather 2.

Kash Doll earns a decent amount of money from her profession as a rapper and actress. Her lavish lifestyle surely indicates her good income source. Though there is no information about her net worth and salary, her net worth must be in millions.

Various sources claimed that her annual income falls in the range of $125 to $250 thousand. Besides her career in singing and acting, it is also reported that Kash was paid a huge sum of money of $26,000 a night to perform an exotic dance in the entertainment industry. Kash never fails to flaunt her accessories, assets, and gadgets on Instagram and Twitter.

Talking about the Kash Doll’s personal life, she was in a relationship with her ex-boyfriend Shawn. The reason for their break up was because her boyfriend got too much insecure about Kash’s picture with famous Canadian rapper Drake. In the photo, Drake was seen hugging her. This made Shawn dump her girlfriend Kash Doll.

Flash back Friday 2015 when i dropped my first project #keishavskashdoll that was only out for 3 days then got taken down off every site because of legal issues! A BITCH FREE NOW! First album coming soon!

Apart from this, there were also rumors that Kash dated Meek Mill which she instantly cleared up before it made any fuss. Likewise, she has been in the news few times in her past for rejecting Niki Minaj and also for the beef with Asian Doll. As of now, she is single and unmarried.

Besides this, there was also rumors of enmity between Kash and the Bronx-based rapper Cardi Bin 2017 when the latter received the Spirit of Detroit award.

Height: She stands tall at around the height of 5 feet and 7 inches.