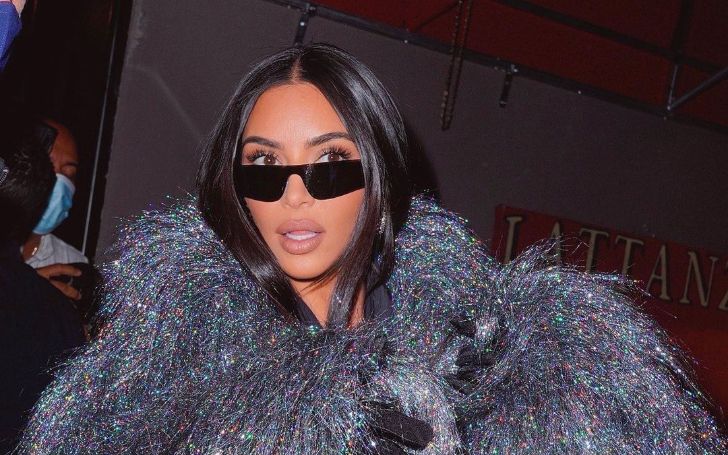 Kimberly Noel Kardashian West is the most famous American media personality. The famous kardasian is also a model, businesswoman and Actress. She enjoyed her normalcy, but nothing was the same after one incident and boom.

The controversial star was the talk of the town after the sex tape with her then-boyfriend boyfriend Ray J was released in 2007. But that turned out good for her career. She covered huge media attention right after that,

Later on she and her family got the chance to appear in their reality television series “Keeping up with the Kardashians.” Then there was no turning point for this family.

This beauty queen is a trendsetter of this generation. She has earned hundreds of millions of followers on Instagram and Twitter. Believe it or not, she is ruling social media.

On October 21, 1980, Kim Kardashian was born in Los Angles to Robert and Kris Kardashian. She was first exposed to fame in her early 20s through her close friend and stylist of socialite Paris Hilton, where she appeared as a guest on various episodes of Hilton’s reality TV series “The Simple Life.”

Wasn’t her Life always simple? We all people fancy living her Life just for a day.

Kim Kardashian has a very long history of a relationship. Kim eloped with music producer Daman Thomas when she was just 19. This girl is just daring.

Later in 2011, Kim got engaged to her then’ love of her life’ Kris Humphris, an NBA player and not surprised, she called the marriage off after 72 days.

Kim got all the media attention when she was mostly seen with Kanye West’s rapper. They got married in 2014 and have four children.

Everything was not well with her marriage after a few years. Soon, the news of their marriage circulated in the media. The news was the next big gossip all over the media.

Especially when it’s about our very own diva, Kim Kardashian.

Kim Kardashian’s Life has always revolved around drama. But this time, her Life took the ugliest turn.

Kanye West is never afraid of pouring his heart out in front of the media. He was very vocal about his mental health struggles and his relationship problems with his wife and family. He never really bothered about the family privacy.

Our fashion diva was not amorous with this behavior. She wanted a less dramatic Life. Kim was always anxious that Kanye was not thinking about stress and was unwilling to work hard and compromise to build a happy marriage.

Eventually, they got divorced, and hopefully, they are happy with no regret.

Who is the new man in Kim’s Life?

According to the sources, Kim has found her new love interest in Pete Davidson. They are openly dating, and this pair was often seen in public.

They are often vacationing and living their lives amidst all the chaos.

We all wish Kim all the success in her love. The couple met on Saturday Night Life (SNL) sets, where Pete was seen cozy with the star. Furthermore, Kim’s former partner Kanye West has made a diss track for Pete Davidson.

Net Worth of 1 billion?

Kim Kardashian is almost a billionaire. The reality star’s net worth is approximately $ 1 billion to $750 million. She is one of the richest celebrities in recent times.

Kim has built her empire. Her source of income is from appearance, reality TV shows, brand endorsement, Instagram sponsorship and her business line.

One of the most viewed celebs on the planet, Kim Kardashian enjoys a massive following of 281 Million followers on her official Instagram handle.

In addition, her show, Keeping up with the Kardashians, is a globally watched reality show which beings millions of dollars annually.