LaMonica Garrett is an American actor as well as a former professional Slamball player. He came to fame after starring in the American science fiction action film Transformers: Dark of the Moon. Some of his notable TV shows are Supergirl, Arrow and Designated Survivor.

Most of the fans and well-wishers of Garrett wants to know about his personal life. So, keep reading the article until the end and know about Garrett’s bio, wiki, net worth, age, and relationships.

LaMonica Garrett was born on 23rd May 1975, in San Francisco, California. As per his nationality, he is American and belongs to an African-American ethnic background. Garrett was named after former Oakland Raiders quarterback Darley Lamonica of whom his parents were fans.

At the time of his high school, LaMonica was a football player. Later his family moved to Los Angele where he went to Burbank High School. Once Garrett said that, although his friend made the varsity team, he was held back on the Junior Varsity Team due to his ego and attitude.

After completing his high school Garrett attended a Los Angeles junior college where he played as a linebacker. Later, Garrett transferred to Central State University in Ohio where he continued to play football. Moreover, Garrett decided to join the NFL but he wasn’t picked up.

Likewise, Garrett moved to Los Angeles to pursue his career in entertainment. At that time, he worked a FedEx driver to pay for acting classes. Further, he also began playing Slamball, a hybrid between basketball and football played with trampolines. At that time, Garett became the league’s leading scorer. He was also announced as one of four players for the All Slamball Team.

LaMonica Garrett made his acting debut in 2009 through the series One Tree Hill. Likewise, he starred in the series Sons Of Anarchy from 2011-2014. His other TV series credits include Modern Family, The Last Ship, The Flash, etc.

Furthermore, Garrett also appeared in the movie Transformers: Dark of the Moon in 2011. Besides his movie and TV roles, Garrett further gave voice in video games including Fight Night: Champion and Need for Speed: The Run .

Who Is LaMonica Garrett Wife?

LaMonica Garrett is a married man. He got married to his girlfriend turned wife Mina Ivanova on 27th April 2017. Before getting married, the couple dated for a long time and took their relationship to the next step.

The couple is together since their wedding. As the duo is already married, they do not have children from their relationship. Furthermore, there is no news about the pregnancy of his wife Mina.

Garrett and his wife spends quality time with each other and further make public appearances together. They are supportive of each other. There are no rumors of their divorce and affairs.

LaMonica Garrett has a net worth of $2 million as of 2019. Garrett summoned his fortune from his career as an actor and a former professional Slamball player. He featured in various movies and TV series and played Slamball with various popular teams that helped him earn fame as well as money.

However, the actor has not disclosed his average salary but the actor in the United States earns s from $60 thousand to $120 thousand per year.

Furthermore, the actor Garrett also earn some money from his endorsement, promotions and other monetary works. He earns $120 to $200 per post from Instagram. 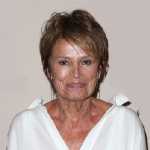 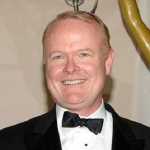