Are you a fan of K- drama and K-pop? If yes, then you must have heard the name Lee Ji-Eun on a regular basis. If not then there is no problem, we will make sure you get to know everything related to the K-artist Lee Ji-Eun. Lee Ji-Eun, professionally known as IU, is a South Korean singer-songwriter as well as an actress. Like many other celebrities, she also had to struggle to gain the popularities.

Here are all the details about the artist including ho she started her career from scratch. Not only that but we also provide you with the information about her early life, age, height net worth, boyfriend and so on.

Lee Ji-Eun was born on May 16, 1993, in Songjeong-dong, Seoul, South Korea. Her father’s name is Lee Jin-Kook and mother’s name is Kim Hae Sook. Also, as a sibling, she has a brother named  Lee Jong-hoon. Along with her brother, she used to live with grandmother due to the deterioration of the financial condition of her family. She had a quite difficult childhood.

Out of thousands, only a handful knows what to do with their life at an early age. Among them, IU is one. She had to face uncountable hurdles while pursuing her career but the amazing thing about the singer is she never gave up. Finally, she signed with Kakao M in 2007 as a trainee and began her music career at the very young age of 15 with her debut album ‘Lost and Found.’

Well, that was just the beginning of her career as an artist. The albums ‘Growing Up’ and ‘IU…IM’ made her voice reach among thousands of audience. However, it was her single ‘Goodday’ that helped her to gain fame all over South Korea. The amazing thing about IU is that she writes the lyrics herself for the albums. Moreover, with her consistency and strong determination, the singer successfully dominates the boys and girls group on K-pop industry.

Not only that but IU is on the list of Forbes magazine’s annual Korean Power Celebrity list since 2012. Furthermore, her songs are listed back to back on Bill Boards list of Korea K-pop Hot 100 and topped the chart for a number of weeks. IU also has worked as a radio host and on television shows as well. The singer has stepped into the movie as well as K-drama industry such as Dream High, The Producers, Scarlet heart: Ryeo and many more.

As we mentioned before that she has just started her career and is totally determined to rise to more height in her professional career with working really hard for her dream. The hardworking actress, Eun has won a number of awards for her complimentary work as an artist. Since her debut in 2008, IU has received over 180 nominations, winning over 70 of them which is huge in number. Some of her awards are eleven Melon Music Awards, five Mnet Asian Music Awards, five Seoul Music Awards, five Korean Music Awards, and four Golden Disc Awards. Such a great winning personality, right?

Lee Ji stands at a height of 5 feet 3 inches tall. Also, the actress has a body weight of 50 kg. IU has dark brown hair, and the color of her eye is black. No information is out for now about her body measurement.

It’s obvious that if you are in the entertainment industry then the world will be curious about your love affairs. Lee Ji-Eun is no new to this kind of speculations. She has been dragged into a number of dating issues which is still the matter of question for many of her fans.

She was speculated to date her first co-star Wooyoung from Dream High. However, the two never confirmed the rumor and the news dried out just like that. Right after that, she was rumored to date Lee Hyunwoo. They made the public clear by stating they were just good friends. Similarly, in 2014 she was rumored to be dating Eunhyuk followed by Jang Ki-ha. She briefly dated Jang Ki-ha three long years. The couple called it quits in 2017.

The relationship between the ex-couple is rocky because of the very busy schedule that they have with their respective careers. But rumors are circulating that the reason for their break up is because of IU’s closeness with Lee Junki. IU and Lee Junki were once paired in the most popular Korean drama “Scarlet Heart Ryeo”. They managed to build neat chemistry that hypnotized the thousands of audience.

The famed star, Lee Ji-Eun is well known in K-pop industry and has given many hits in her short termed career. She has appeared in the number of movies and dramas as well. This helped her to accumulate lots of wealth from different sources. Her estimated net worth is $15 Million, but she hasn’t revealed her monthly salary to the media yet.

Besides, Lee has also involved in numbers of endorsements as well as ads. Over the course of her career, she has endorsed various products that ranged from electronics to clothing and cosmetics to make up products. Well, all her endorsement deals enable her to add up more money on her net worth. And for sure, she is living a lavish lifestyle along with her family and parents. 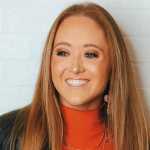 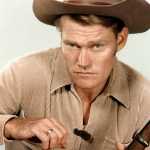