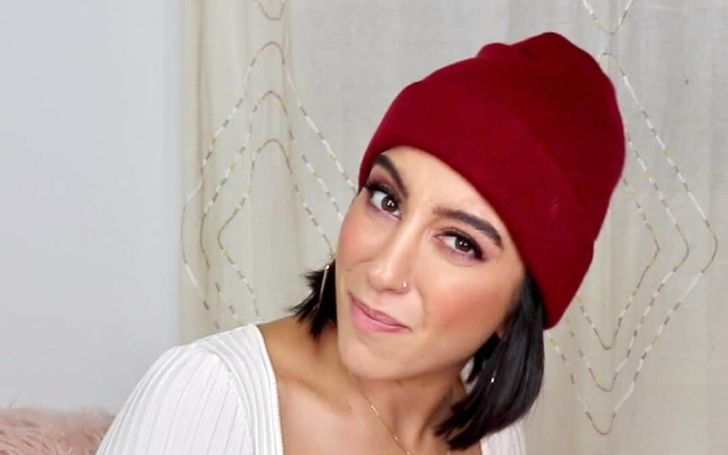 Lena The Plug or Lena Nersesian is an internet star. Moreover, the internet celeb wanted to become a famous individual. She managed to gain her fame through social sharing sites like Instagram, YouTube, and other sites.

Nersesian leads a lavish life with her boyfriend and her daughter. Furthermore, the internet star and her boyfriend seem pretty open about their relationship. Moreover, she holds multiple IG accounts.

Lena The Plug is 29 years old. What’s more, the beautiful IG model was born on June 1, 1991. Likewise, she holds an American nationality. Similarly, she belongs to a White ethnic background.

More on Lena’s bio, she was born in California, USA. However, her parent’s identities are kept secret. Moreover, it is rumored that she and her parents do not share a good relationship. Nersesian’s parents seem to be unsupportive of her career.

The internet model keeps her past behind a closed door. As such, not much is known about her childhood. Similarly, she keeps the names of her family away from the internet.

Live-in Boyfriend and a Baby

As stated earlier, Lena The Plug is in a live-in relationship with her boyfriend. Moreover, her current boyfriend is Adam John Grandmaison. However, he is best known as Adam22 on the interwebs. What’s more, the duo dated for a long time. But, their relationship became public in 2019.

The love birds welcomed a daughter in 2020. Their child was born on November 14, 2020. The duo named their daughter Parker Ann Grandmaison. What’s more, the celebrity child makes a frequent appearance on her parents’ IG accounts.

Lena and her boyfriend are happy together. However, both the couples have numerous controversies surrounding their name. Everyone makes a mistake or two in their life.

Adam was accused of sexual and physical assault back in 2018. Although he denied the charges, Atlantic Records severed their relationship with Grandmaison.

Also, Checkout: Is It True That American Instagram Star Julianne Kissinger A Lesbian? Know Her Relationship Status and Net Worth

Lena The Plug; Net Worth and Earnings

The Instagram model earns the majority of her money from her Onlyfans account. She charges $20 per month on her Onlyfans. Likewise, she also draws her income as an influencer from Instagram. Furthermore, she earns between $1,000 to $2,000 per post on her IG.

Lena The Plug holds multiple accounts on Instagram. Furthermore, some of her accounts were banned due to explicit content. Her IG is filled with pictures of her in sexy clothes.

At the moment, she runs two accounts on Instagram. Her main account is Lena. The. Mom holds 417k followers. Her side account, freelenatheplug, holds 192k followers.

The IG model also uses Twitter as well. What’s more, she managed to gain 1.1 million followers on the social media site. Lastly, she runs a YouTube channel with 1.63 million subscribers.