Lucas Russert a.k.a. Luke Russert is a renowned broadcast news correspondent based in the United States. He is most notable for his eight years long service at NBC News, reporting on NBC Nightly News, TODAY, and NBCNews.com.

Though having a high profile professional life, his personal life is low key. But we have something interesting about his private life you must know. Read this full article and know everything about him.

A Washington, D.C. native, Luke Russert was born on 22nd August 1985, under the Leo birth sign. As per nationality, Russert holds an American citizenship card, having a white ethnic background.

Talking about his family, his mother, Maureen Orth, is a correspondent for Vanity Fair Magazine.  Whereas his father, Tim Russert, was a journalist and lawyer who had been the longest-serving moderator of Meet the Press. Unfortunately, Tim Russer died of a heart attack in 2008.

Russert is a proud graduate of St. Albans School in Washington, D.C. Further, he enrolled at Boston College where he earned B.A. degree in history and communication in 2008.

While a student at Boston College, Russert went on to serve for ESPN’s Pardon the Interruption. Also, he co-hosted the sports talk program called 60/20 Sports on XM Satellite Radio alongside with James Carville.

In August 2008, Russert was hired by NBC News as a correspondent covering youth issue as part of its coverage of the 2008 presidential elections. Moreover, his election day report. That explored the impact of Barack Obama’s victory on young people, contributed to NBC’s News & Documentary Emmy award for its 2008 Election Night coverage.

In May 2009, he was appointed as a Congressional correspondent covering the House of Representative for NBC News on Capital Hills until July 2016. After that, he resigned from NBC, saying he needs to evaluate his career opportunities.

Former NBC News correspondent, Luke Russert has an estimated net worth of $9 million. It is reported that while at NBC News, his annual salary was $500,000 per annum. Besides NBC, he also appeared as a guest anchor on various MSNBC program which has helped him to add the decent sum to his net worth.

Additionally, he is involved with charitable causes which were supported by his deceased father. Moreover, he is a member of the Buffalo Fan Alliance Board as well as he contributed What I Learned From My Dad to Parde for its 19th June 2011 issue.

When it comes to his personal life, Luke Russert, 33, is a private person. Thus far, he has not openly talked about his love life in public. Also, there is no records of his past and present relationship. With limited info related to his private life, Russert is possibly unmarried and single.

However, once he is rumored to be gay as well as having a romantic relationship with his best friend, Jake Sherman, a senior writer for POLITICO.

“It’s difficult in times like these: ideals, dreams and cherished hopes rise within us, only to be crushed by grim reality. It’s a wonder I haven’t abandoned all my ideals, they seem so absurd and impractical. Yet I cling to them because I still believe, in spite of everything, that people are truly good at heart.” -Anne Frank 1929-1945. ??

And adding fuel to fire was a news story posted on The Daily Caller, by reporter Betsy Rothstein. It was reported that Luke was found screaming “HE SAID YESS!” from the rooftops of the Capitol on 1st April 2014.

Waiting for their wedding date, it emerged the two were just messing with everyone’s head. It was an April fool’s prank. Meanwhile, Sherman and Irene Jefferson marriage news cleared all doubts. 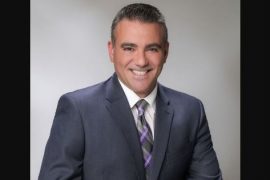