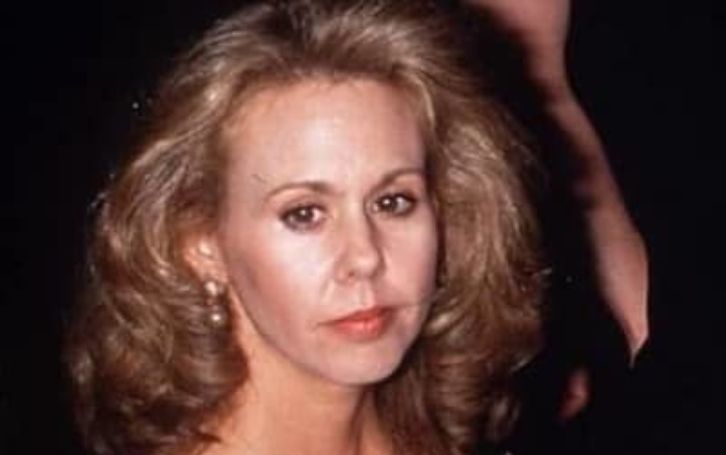 It’s easy to steal the limelight if you are linked with a popular celebrity in this era. Similarly, Marta Fitzgerald also gained fame because of her ex-husband Rush Limbaugh. However, Marta used to be an aerobics instructor before she got married to Rush. And after their marriage, she soon started her magazine.

Moreover, Marta is currently single and taking care of her two children. Also, she involves in the real estate business, earning quite well. Wanna know more about Marta Fitzgerald? Then stay on the page and keep on scrolling until the end.

Marta Fitzgerald is currently single. However, back then, she was married to a famous radio personality and political analyst, Rush Limbaugh. Marta and Rush first met through the internet CompuServe in 1990. The couple then started dating for almost four years and tied their knot on May 27, 1994. The couple got married at the house of U.S Supreme Court Justice, and Clarence Thomas officiated their wedding.

Despite being married, the couple was rarely spotted traveling together and having dinner outings. Later after ten years of being together, the two decided to end their marriage. While Rush announced his separation from Marta on June 11, 2004, claiming he asked her for the divorce. But it was Marta who made the first move out of their living arrangement. The argument lasted for days, and finally, on December 21, 2004, their divorce ended.

Marta and Rush had no children even after being together for ten years. But from Marta’s previous marriage, she has two children, one son and one daughter. However, she never revealed her last husband’s identity in public.

Moreover, Marta was married for the second time to Rush. Due to her privacy, she hasn’t shared any details about her past life. But as for Rush, it was his third marriage with Marta Fitzgerald. Before that, he was married to Roxy Maxine McNeely and Michelle Sixta. And after getting a divorce from Marta, he married Kathryn Rogers in 2010 and continued living his life.

Marta Limbaugh was born on December 10, 1960, in Titusville, Florida, the USA. She belongs to white ethnicity, and her birth sign is Sagittarius. She hasn’t shared any information about her past life. Marta attended the University of North Florida, where she earned a journalism degree. After her study, she started working as an intern at Jacksonville’s Florida Times-Union in 1993.

After her marriage, she started her magazine, which she launched in March 1998. Before that, she used to work for Jacksonville’s Florida Times-Union.

She has also been a part of many popular magazines like People’s magazine, The Chief, etc.

However, the magazine failed only three issues later in October. In recent days Marta is currently involved in the real estate business, and from there, she earns a lot of money. She has also worked for a popular company named Vent.

Marta Fitzgerald has never revealed her net worth to the public. Since we already know that she doesn’t like public attention and keeps her personal life lowkey. However, her ex-husband Rush Limbaugh has already collected a massive amount of money from his long career.

The famous American Radio Personality and political Analyst have gained millions of fans from his profession. While working as a radio host, he collected a net worth of $500 million until 2016. And in recent years, he has had a net worth of $600 million from his works. Moreover, he earns around $85 million, including a salary, bonuses, profit participation, and personal appearance fees.

Also, Rush broadcasts his show from his $26 million oceanfront home in West Palm Beach. Additionally, Rush owns a penthouse condo on the fifth avenue in Manhattan.