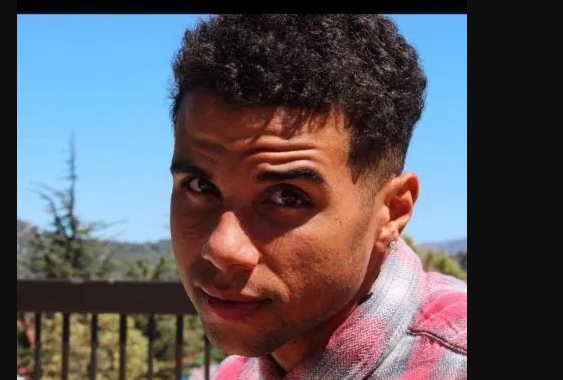 If you are born in a family full of celebrities it is likely that you will also follow the same path to become a future star. Today, we are going to take a glance at the life of a similar star kid, Mason Gooding who followed the norms of his family and successfully established himself as an actor at a young age.

Gooding is best known as Nick from Olivia Wilde’s comedy feature movie Booksmart.
He rose to fame before doing Movies because of his Academy award winner dad Cuba Gooding. Mason first got into show business with the feature film “Booksmart”.

Madson Gooding was born on November 14, 1996, as the youngest son to Hollywood superstar Cuba Gooding Jr. and Sara Kapfer. His eldest brother Spencer Gooding is also an actor whose first movie was Slamball released in 2002. However, his younger sister Piper Gooding is quite young to be in showbiz and currently focused on her studies.

His late-grandfather Cuba Gooding Sr. was a popular soul singer of an African-American band ”The main ingredient”.  Similarly, Mason’s uncle Omar Gooding is a famous American Rapper, Writer, singer, and comedian. Unlike everyone, Mason’s mother is a normal school teacher based in California.

Is Mason in a Relationship or Single?

Mason is possibly single and ou of dating rumors. He is not linked with anyone until now since he lives a secret life. Moreover, his social media handler also does not hint anything about his love life. However, he can be seen hanging out with girls but it will be of no use to link him with random names.

Many believe, Mason might date few personalities in his past but no exact details of his dating have confirmed. It seems the young actor is no hurry to bound in any romantic relationship and currently busy with his acting career.

Mason’s parents did not share a good relationship following the controversy of his dad’s affairs. So, in April 2014, his mother, Sara filed for legal separation citing some irreconcilable differences. His parents who were high school sweethearts tied the knot in 1994. But after two decades of marriage, they decided to end their relationship and officially divorced in 2017.

After their divorce, both Cuba and Sara share joint custody of their three children. In an interview, Mason said he doesn’t support the idea of his parent’s divorce because of his younger sister Piper.

Mason holds a net worth somewhere between $100,000-$300,000 which he accumulated from his career as an actor. The youngest son of Cuba Jr is in the rising phase of his career and possesses bright prospects in the movie which will definitely earn him a fortune in the upcoming days.

The 22 years old graduated from Tisch School began his acting career with a movie God Speed in 2016. After his debut, Cuba jr youngest child had to wait for 2 years to get his breakthrough in star-studded Tv series Ballers alongside Dwayne Johnson. He played the role of Surfer park jones in the three-episode of television series.

In 2019, Mason grasped big role in Olivia Wilde’s comedy movie Booksmart where he played the role of Nick which he considered to be the exact opposite version of him in real life. In the same year, Mason featured in other movies like “Don’t say no” and “Let it snow” which is currently under post-production.

The actor is currently busy with his upcoming Tv series Love, Simon where he portrays the role of Andrew. He got praised by his actor dad after seeing his work in Booksmart and said: “he is confident about his son Mason’s future in the industry.”