The 56 years old Matthew Asner is a producer and director of 1998’s television series History’s Mysteries. More than that, Asner rose to fame as a son of famous American actor Ed Asner. Matthew is also credited for the shows like 100 Voices: A Journey Home, and Mr.10%.

Despite being born in a celebrity family, Asner has established a good name in the industry. He was married thrice in his life. Currently, he is living with his third wife. What’s his net worth?

Matthew Asner is happily married to his long time girlfriend turned wife Navah Paskowitz. The two exchanged their wedding vows in 2014, after dating several years. However, there are no many details regarding their wedding and how they met.

Ever since they tied the knot, the couple is living happily together. Before marrying Paskowitz, Matthew was married to Joyce Batiste. The former couple exchanged their wedding vows on 31 December 1998 in a private ceremony hall. They were together for several years. However, the couple later divorced and the reason is yet come out. Together, Mattew and Joyce has two children.

Just like his other details, Asner has kept the information of his children under a wrap. From 1992 to 1996, Asner was in a marital relationship with Jules Asner. Jules is a screenwriter, author, and former entertainment journalist.

Matthew Asner was born on September 9, 1963, in Los Angeles, California, the United States of America. Asner is a son of American actor Ed Asner and his first wife, Nancy Skyes. His parents were high school sweethearts, and they married in 1959. Matthew has a twin sister Liza Asner. Also, he has a younger sister Kate Asner. Later in 1988, his parents divorced.

After divorcing his mother, his father was married to producer Cindy Gilmore in 1991. Unfortunately, his second marriage also ended in divorce. Matthew has a stepbrother Charles Asner from his father’s relationship with Carol Jean Vogelman.  Charles was born in 1987 when Ed was still in a marital relationship with Nancy. This might have lead to his parent’s divorce.

Matthew Asner has earned a decent amount from his short term career as a director. However, there are no exact details about his net worth in the media. He might have a net worth of around $1 million as of 2020. While, on the other hand, his father Ed has a net worth of $10 million as of 2020. Primarily, he earned such a great fortune from his works in the entertainment industry for more than five decades.

Asner has portrayed an incredible role in a number of hit films and television series. All the movies he has worked on are doing well in the industry. One of his movie has a box office collection of $220.9 million, while the budget of the movie is $33 million. 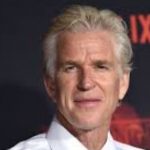 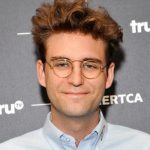