There is a longstanding story that successful child actors and actresses do not go ahead to have stellar acting careers as adults. Whether or not this myth has been proven to be true, Melissa Gilbert absolutely fits into the frame as she enjoyed a wonderful acting career as a child but wasn’t able to carry it on into her older years.

The Primetime Emmy and Golden Globe nominated actress is remembered for playing the role of Laura Ingalls Wilder in the NBC series Little House on the Prairie (1974-1984). Let’s discover more details about Melissa Gilbert.

Who is Melissa Gilbert? Her Bio and Wiki

The 54 years old Melissa Gilbert was born on 8 May 1964 as Melissa Ellen Gilbert. Her zodiac sign is Taurus. Further, she was born to the parents Kathy Wood and David Darlington in Los Angeles, California. But, a day after her birth, her parents gave her up for adoption to actor and comedian Paul Gilbert and Barbara Crane, a dancer, and actress.

Happy birthday to my Pa. with all my love and all my heart. Your Halfpint

A post shared by Melissa Gilbert (@melissaellengilbertbusfield) on Oct 31, 2018 at 9:55am PDT

Gilbert was raised by her adoptive parents who went on to adopt another child, Jonathan Gilbert. When she was 8 years of age, the couple however divorced and her adoptive mother married to Harold Abeles, whom she welcomed her own biological daughter, actress Sara Gilbert. Melissa Gilbert holds American citizenship and ethnicity is Ashkenazi Jewish.

Let’s know more about Sara Gilbert with five interesting facts about her life.

How Much is Melissa Gilbert’s Net Worth and Salary?

Melissa Gilbert has a net worth of $500 thousand as of 2019. The Golden Globe Award-nominated actress whose ownership as the President of the Screen Actors Guild union lasted from 2001 to 2005, is said to have made her money from her different roles behind and in front of the camera. In addition, Melissa also runs a few businesses and has earned some bucks from publishing her autobiography.

Gilbert’s reported debt of $472,000 in back taxes to both the California and U.S federal government. Further, she owed $360,000 in back federal taxes and $112,000 in California state taxes. Since her debt was revealed, Melissa has negotiated a repayment plan with the IRS in order to avoid serving jail time.

Melissa Gilbert is a thrice-married woman. After two divorces, she got married to actor Timothy Busfield. The pair got engaged in January 2013 and then tied the knot on the 24th of April, 2013. Currently, the duo is enjoying their married life for 6 years with no sign of operations.

Six years ago today, I married my soulmate. I have never been more content, more cherished, or happier. Every day, even the difficult ones, is filled with a joy I never could have imagined. I love you, my sweet husband. Happy anniversary.

A post shared by Melissa Gilbert (@melissaellengilbertbusfield) on Apr 24, 2019 at 6:34am PDT

Melissa was first married to actor Bo Brinkman. Just 7 weeks after she broke up with her ex-fiance, the couple got married on the 22 February 1988. Before the marriage, she was engaged to actor Rob Lowe but called off their engagement later. The reason behind it was because Lowe was embroiled in multiple sex tape scandals with many women.

My youngest son @michaelgarrett95 .I so love that we live in the same city again and can hang out any time we want. Now I just have to get the rest of the family to move here. I’m talking to you @samboxleitner @theleewithnoname @andreasteeleboxleitner @martobes and Dakota!

A post shared by Melissa Gilbert (@melissaellengilbertbusfield) on Apr 1, 2019 at 3:25pm PDT

Gilbert and Bo welcomed a son on the 1st of May, 1989 named Dakota Paul Brinkman. Later, the duo separated after 4 years of marital life. Then, she got the next marriage to actor Bruce Boxleitner on the 1st of January, 1995. The duo who had previously known each other and reconnected in 1992 and dated on and off for a year.

A post shared by Melissa Gilbert (@melissaellengilbertbusfield) on Mar 24, 2018 at 10:20pm PDT

Soon after getting married, Melissa got pregnant and gave birth to a son named Michael Garrett Boxleitner on the 6 October 1995. Everything seemed favorable for the ex-couple until Gilbert announced that she and her husband divorced in early August 2011.

Gilbert age is 54 years as of May 2019. Further, she celebrates her birthday on 8th May.

What is Melissa Gilbert’s Height and Weight?

Melissa Gilbert stands with an average of 5 feet 3 inch tall and is the weight of 128 lbs. Her body measurements are 39-28-38 inches including waist, breast and waist size respectively. Well, she has maintained her slim and hourglass body shape. 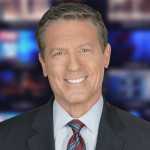 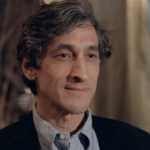