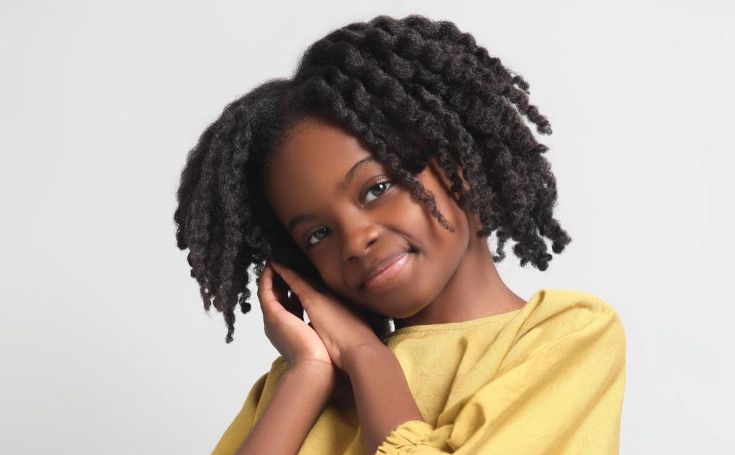 Melody Hurd is one of the young actresses and models who rose to fame after portraying the role of Kevin Hart’s daughter Maddy Logelin in the Netflix film Fatherhood.

Furthermore, Melody began her career with a short motion picture of Battle at Big Rock, directed by Colin Trevorrow. Let’s dig into the article below to get more information about the rising actress.

Who Is Melody Hurd? Her Bio and Wiki.

The well-known dancer, Melody, was born on October 30, 2011, in Maryland, the USA, to parents Nisha Hurd and Fred Hurd. Likewise, she is of black ethnicity and is of American nationality. Her parents are very supportive of her work.

Her mother, Nisha, is a model and Internet star. Also, she has two siblings named Lyric Hurd and Rhythm Hurd.

Lyric Hurd is her older sister, and she is also an actress who has appeared in films such as Manifest, Mozart in the Jungle, and Secrets.

The top-rated child model’s family currently resides in the Washington, D.C., metropolitan region. Additionally, she attends the Local School in her hometown and is also working on her acting career.

Hurd came to prominence through the social media site Instagram and gained popularity because of her performances at the JWJ Fashion Show in Atlanta, Georgia.

The rising star, Melody, began her modeling career competing in several children’s modeling contests and has been in many kids’ modeling events and live performances.

And, she has participated in the JWJ Fashion Show in Atlanta, Georgia, and appeared in several magazine pieces.

Further, Hurd made her television debut in 2017 with the show We Are Washington. Then, in 2019, the young actress signed to Kadisha’s part in the short film Battle at Big Rock.

Also, she appeared in Battle at Big Rock, Trick as Janice, and Them as Gracie Emory. Following that, she became more popular, featuring Maddy Logelin in the Netflix film Fatherhood.

In the Netflix film Fatherhood, she characterizes the daughter of actor and comedian Kevin Hart. Her lovely mother dies suddenly one day after she is born, leaving her in her father’s hand.

Both of them shared a father-daughter connection in the film, which depicts the actual life of a single parent. Like

The 10 years old, Melody Hurd has fascinated many audiences with her impressive acting abilities.

The star is living the dream of many people and is busy with her flourishing acting career. And she remains focused on her studies.

In addition to this, she enjoys greeting new people, talking with friends and family, and portraying various roles on stage.

Besides spending time with her family, a child actress enjoys traveling to recent locations. Recently, in 2020, the Hurd family spent three months in Montreal, Canada.

How Wealthy Is the Rising Child Model?

As mentioned above, Melody has been in several films and television shows, including We, Are Washington, Trick, and Entertainment Tonight, as well as Battle at Big Rock, among others.

The multi-talented star has gained such a hefty amount because of her successful acting and modeling career.

At such a young age, she has so much money that she is more waiting for an acting career regardless of what she enjoys. And her acting is so natural that she was born to perform.

Stay Connected To AllStarBio, For More Articles On Child Actress and Models.