Are you an active follower of the Netflix series? If yes, then you might be aware of a recently came comedy show, The Circle aired on January 1, 2020, hosted by Michelle Buteau. Moreover, Buteau is an American stand-up comedian, actress, and podcast host. She is also famous for work on Always Be My Maybe (2019), Isn’t It Romantic (2019), and China, IL(2013).

Buteau is one of the talented comedians and actresses who is pretty popular for her hard work and dedication. Further, she is living a happy married life. Also, she is the mother of two children. What is her net worth? Let us learn more about her in the article written below.

Michelle Buteau was born on July 24, 1977, in New Jersey, USA. Moreover, she was raised by a Haitian father and a Jamaican mother. Similarly, she holds an American nationality and belongs to mixed ethnicity. Michelle started her career after completing high school.

She began to perform a comedy just a few days after the tragic Islamic attack on September 11, 2001. Further, she worked as a stand-up comedian for five years before appearing in television spots on Comedy Central. She is one of the female comedians of Comedy Central like Whitney Cummings, Nikki Glaser, and many others. Buteau began her television career in 2011 with a Whitney and later in 2013, she also gave voice in the show China, IL.

Check out the short clip of The Circle with Michelle Buteau.

Later in 2018, she also hosted the Late Night Whenever! the podcast which was declared “one of the best podcasts of 2018 so far” by Time Magazine. She also appeared in the movie like Isn’t It Romantic in 2019 starring Rebel Wilson, Liam Hemsworth, Betty Gilpin, and many others. Back in 2019, she also worked on the television show Tales of the City along with Laura Linney, Ellen Page, Paul Gross, Murray Bartlett, and  Charlie Barnett. Recently, she presented the Netflix comedy show, The Circle aired on January 1, 2020.

Moving towards personal life, Michelle is a married woman. She is currently living a happy married life with longterm boyfriend turned husband, Gijs van der Most. Moreover, her husband, Gijs is a Dutch photographer. The couple walked down to aisle in 2010. Since then the couple is enjoying each other company and has a strong bond.

As being a husband and wife for around ten years but there is no news of their separation and divorce right now. Apart, right now, she also loves to spend her quality time with her friends and family members by doing parties or organizing occasional events.  Besides this, we don’t have any news about her past relationship and rumors.

Moreover, the couple also shares two wonderful children from their happy marriage. The duo became parents for the first time with twin children by surrogacy in January 2019 after trying to have a baby for more than five years.  They kept the name of their children as a Hazel van der Most and Otis van der Most. As of now, the couple is mostly focusing on their parenting by taking equal responsibility regarding their sound health. As of now, she is living a happy motherhood life with her twin sons and husband.

42 years old, Michelle has earned a hefty amount of money from her career as a stand-up comedian, actress, and podcast host. Moreover, her estimated net worth is around $1 million. However, her exact net worth figure is still to revel in the public. She is pretty popular on Instagram with a following of 133.7 thousand followers which also helps to earn some money.

The movie, Isn’t It Romantic, where she appeared, has a box office collection of $48.8 million over the budget of $31 million. Apart, her husband might also earn a decent amount of money from his career as a photographer for their livelihood. With such great earning, the couple is currently enjoying a happy life with their twin children. 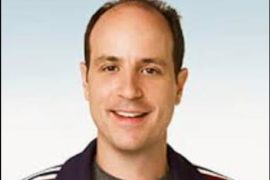