Molly Line is one of the established and successful news correspondents, currently working for Fox News Channel. She joined the News Channel in January 2006 as a Boston-based correspondent. Similarly, Line started her career in the year 1999.

Molly Line was born in West Virginia on January 31, 1977. She completed her high school study from Tucker Country High School, Hambleton, West Virginia in 1995. Later, she attended college at Virginia Tech where she received the degree of Bachelor of Arts in Mass Communication and Political Science in 1999.

Line began her journalism career in the year 1999 when she joined WDTV in Bridgeport, West Virginia as a photographer and reporter. She worked at WDTV for a year. After working at WDTV, she joined WXXA (Channel 23) in Albany, New York in 2000. Furthermore, Molly served as an anchor and reporter at WXXA for two years from 2000 to 2002.

Loved meeting the hard working people at LL Bean factory in Maine!! Linda Wallace- a Stitcher- among those churning out the hand-made boots pic.twitter.com/lncsC2b73R

Line joined a Boston affiliated WFXT (Channel 25) in December 2002. She served as an anchor and reporter for WFXT for around three years until December 2005. Moreover, during her time at WFXT, her coverage of sentencing of shoe bomber Richard Reid and the Station Nightclub Fire where 100 people were killed are taken to be the notable one.

Recently, Molly Line covered the life of the tragic shooting in Newtown, Connecticut at Sandy Hook Elementary School. She is popular for covering the Cartoon Network’s Aqua Teen Hunger Force scandal. Similarly, she even covered the arrest and extradition of the British man who is accused of killing his wife and baby in January 2006, Neil Entwistle. 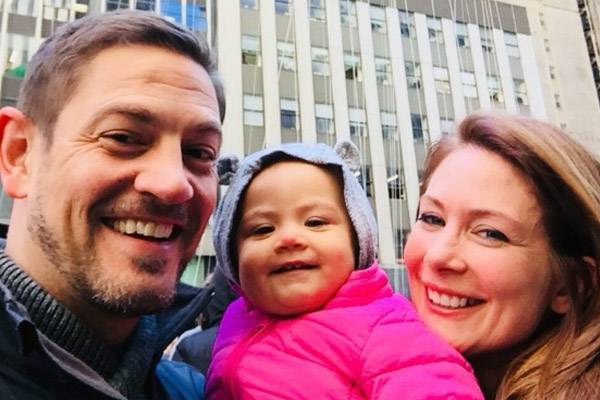 Besides her broadcasting career, Molly is the winner of the preliminary Miss Greater Bluefield Area Pageant and a participant of Miss West Virginia Pageant in 1997.

Just like Molly Line’s professional life, her personal life is also smooth as silk. As per mentioned on her Facebook page, Line got engaged to her longtime boyfriend Matt Petrus on June 9, 2011. 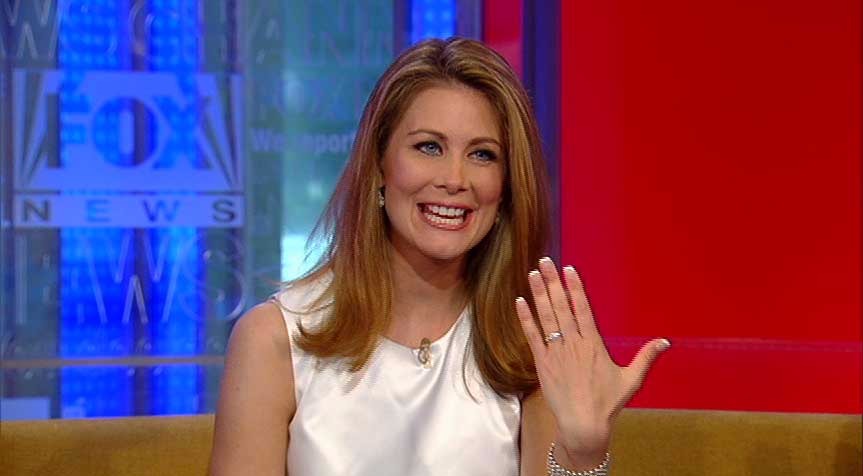 Moreover, after a year of their engagement, the couple tied the knot on July 21, 2o12. They exchanged the vows at Jackson Community Church, Jackson, New Hampshire and is currently living in Boston, Massachusetts. Additionally, they share a beautiful daughter together, Maryn Petrus who was born in August 2016.

Also, there is no any news of breakup or divorce issues of the couple ever talked in the media. However, it is believed that the couple is living a blissful marital life sharing the joys and sorrows together.

As of 2019, Molly Line is 42 years of age. Similarly, her birth sign is Aquarius. Talking about her body stats, the size of her breasts, waist, and hips is 36-26-37 inches. Likewise, she stands at an impressive height of 5 feet 8 inch and has a body weight of  60 kgs. Further, her blue eyes perfectly matches with her dark brown hair.