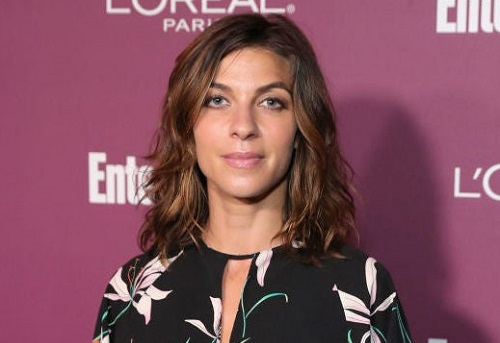 Natalia Tena is a famous English actress as well as a musician. Tena rose to fame after she portrayed the role of Nymphadora Tonks in a British-American film series, Harry Potter. Likewise, she earned further popularity after showing Osha in the HBO series, Game of Thrones, along with Natalie Dormer, Chuku Modu, and others.

Not to mention, Tena has won the hearts of many fans and followers with her outstanding acting skills and beauty. Any man would love to date her. So, is the beautiful lady dating someone? Let’s find out about it.

Natalia Tena is a famous actress and musician born Natalia Gastiain Tena on November 1, 1984, in London, England. Likewise, she belongs to the White ethnicity and holds a British nationality. Similarly, she was born to Jesus Gastiain, a carpenter and Maria Tena, a secretary.

In addition, Tena was born under the birth sign Scorpio. Tena attended and graduated from Bedales School.

Natalia Tena entered the music industry at an early age. Later, she pursued her acting career and appeared in the movie About a Boy as Ellie. Then, Tena appeared in various films and TV series, including The Fine Art of Love, Harry Potter and the order of the Pheonix, You Instead, Game of Thrones, Shameless, Ambassadors, The Refugees, etc.

However, Tena rose to prominence after portraying the role of Nymphadora Tonks in the 2007 fantasy movie Harry Potter and the Order of the Phoenix alongside Daniel Radcliffe, Rupert Grint, Devon Murray, and others. Likewise, she appeared in the TV series Wisdom of the Crowd along with Jeremy Piven, Monica Potter, and Richard T. Jones from 2017-2018.

The 38 years old actress Natalia Tena is unmarried as of 2022. However, Tena previously dated Sam Apley, a member of her band, Motolov Jukebox. The two first met while working together in the band Nat Jenkins. However, later they both left it & formed a new band Motolov.

The lovebird dated for a long time and later parted ways. As of now, she is single and living her single life to the fullest. Likewise, there are no rumors of her affairs too.

Tena is probably focusing on her career rather than being in the media headlines because her love matters. Besides her love life, she spends quality time with her friends and family.

What Is Natalia Tena’s Net Worth? (Income & Salary)

Being a prominent actress, Natalia Tena earns a lot of money from her successful acting career. Apart from acting, she also made substantial money from her singing career. Natalia’s net worth is around $5 million. Not to mention, the actress has worked in several movies and TV series until now.

Moreover, Tena also got a chance to appear in the hit TV series, Game Of Thrones, from where she bagged some dollars to her net worth. However, she has not revealed her exact sum of salary and yearly income to the public. Nevertheless, having such a colossal wealth, Tena is probably living a luxurious life.