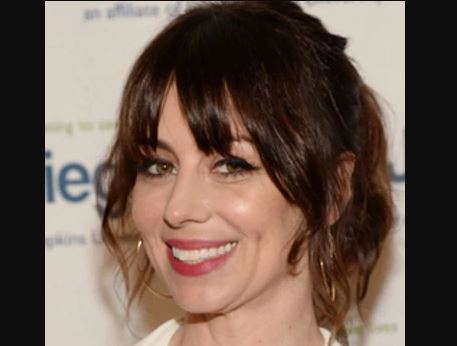 Natasha Leggero is one such personality who became a successful comedian and actress despite the sheer hardship and trouble in life. She gained fame after appearing as the host of MTV’s The 70’s House and for her tenure as a panelist on late-night talk show Chelsea Lately. Natasha is best known for satire comedy on celebrity culture and social class.

Her stand up comedy appearances on television include performances on The Tonight Show with Jay Leno, The late late show with Craig Ferguson, and Tonight show starring Jimmy Fallon. So what about her personal life? Is she married, and what about her Net worth? To find out continue reading the article below:

Natasha Leggero was born on March 26, 1974, in Rockford, Illinois, to Italian and Swedish descent parents. She grew up in the Roman Catholic faith but converted to Judaism as an Adult. Natasha grew up in a lower-middle-class family where her dad worked as a used car dealer, and mother worked in a locksmith shop as the bookkeeper. Sadly her parents divorced when she was small due to which she faced extreme poverty in her childhood. In her own words, she explains:

”I remember, like, nuns bringing us food—like big canned goods. And then, you know, we didn’t really go on vacation–ever”

Since the comedian’s parents separated, she did various jobs growing up, such as mowing lawns, grocery storekeepers, distributing newspapers, and at a catering place. She attended Rockford Est high school and joined the theatre group at age 10. Upon graduation from school, the now 45-year-old attended Illinois State University for two-semester and moved to England for a further semester.

During her time at Illinois State, she auditioned for Stella Adler conservatory and got accepted into the theatre program. Also, she moved to Australia with her then-boyfriend before returning to Newyork. After returning to the US she graduated with a B.A degree in Theater Criticism from Hunter College.

Natasha married fellow comedian Moshe Kasher in October 2015. He is also a standup comedian writer best known for Mental Patient, and Then Turned 16. The couple began dating from 2012 before exchanging rings in an intimate ceremony in the presence of her friends and families.

Additionally, Natasha became the mother of a child on February 25, 2018. She announced the news of her daughter through her Instagram account with a caption  “Finally have a toilet baby of my very own”. Well, that is how a comedian mom describes her firstborn child. As of now, the family is happy and healthy. Moreover, she often shares pictures of her daughter in her account alongside her husband, Mosher.

Prior to getting married to the Mosher, Leggero dated comedian Duncan Trussell from 2011 to 2012. She shared a close relationship with Duncan and co-hosted the podcast, The Lavender Hour, which became a huge hit. Sadly they broke their relationship after a year with unknown reasons.

Leggero accumulated a fortune of $2 million from her career as actress and comedian. She earns around $35,000 to $42,000 annually as a comedian. Despite coming from a humble background, she earned the fortune on her own. Also, she appeared in popular shows such as Chelsea Handler, The Tonight Show with Jay Leno, The late late show with Craig Ferguson, and Tonight show starring Jimmy Fallon.

Additionally, her husband Moser has a net worth of $15 million from a career as a comedian. He earns a salary of more than $500,000 annually by doing stand-ups. Kasher also writes books, and from that, he makes an income of $55,420 as profit from sales of the book. Also, he earns a good amount of money from iTunes, where his comedy album is doing really well. As of now, the family lives in a California home worth $393,000.