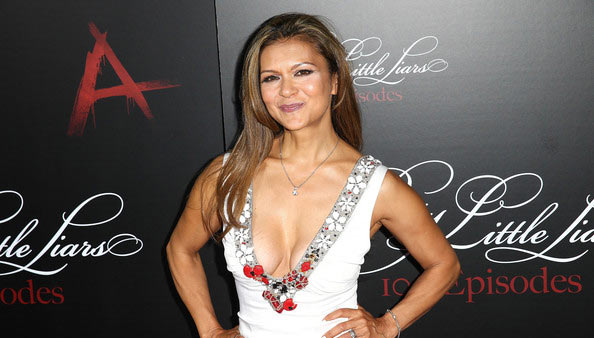 It’s not hard to fall in love, it’s hard to keep it. With that quote, today we are going to know about someone’s personal life which is full of ups and downs. Though the person has well maintained her professional life, she failed to do the same in her personal life. And the person is no other than, actress and singer, Nia Peeples.

To know everything in detail about her personal and professional life read this full article.

Nia Peeples, born as Virenia Gwendolyn Peeples, on the 10th December 1961, in Hollywood, California, U.S. Her star sign is Saggitarus. By nationality, she is an American and belongs to mixed ethnicity.

Her father, Robert is an artist whereas her mother, Elizabeth is a Flamenco dancer by profession. She was raised up in West Covina, California, alongside her two sisters, Paula and Cynthia. At the tender age of eight, she started performing.

Celebrating the new year with thoughts of #change and #inspiration on my blog at beautifulbynia.com and with this #FBF picture of my #family @beautifulbynia

As per her academic background, Peeples attended West Covina High School. Later she graduated from there and enrolled at the University of California in Los Angeles.

Peeples started out her music career as part of the performance group named The Young Americans. In 1988, she released her debut single Trouble which hit #1 on the Hot Dance Music/Club Play chart and #35 on the Billboard Hot 100.

Furthermore, her most successful pop single include Street Of Dreams, which ranked #12 on the Billboard Hot 100 in 1991. Also, she made a music video in 1986 for All You Can Dream, for the purposes of promoting the values of UCLA.

Apart from the music industry, Peeples is active in the acting industry since 1981. Yes, she steeped in acting before music. Notably, she played the character Nicole Chapman on the hit TV series Fame.

Moreover, she hosted the short-lived American version of Top of the Pops and a weeknight dance music program called The Party Machine with Nia Peeples. Then, from 1999-2001, she appeared as Sydney Cooke in the CBS hit series Walker, Texas Ranger.

Additionally, Peeples landed as the cast of The Young and the Restless in 2007, portraying the role of Karen Taylor, and was released from the role in the spring of 2009. Her last air date was in May 2009. Not only this, but Peeples has also cast in the ABC Family TV series Pretty Little Liars alongside, Lucy Hale and Shay Mitchell.

Nia Peeples’ Net Worth and Salary

Active in the entertainment industry since 1981, Nia Peeples has stepped as well as established herself both in the music and acting industry. No doubt, she earns huge sum as her salary. As of 2018, her net worth is approximately $3 Million.

Furthermore, as per divorce settlement with her 4th Husband, professional surfer and, director Sam George, she claimed their beach house located in Malibu, California. An ocean view mansion worth $875,000. The star also wants to get back their car, a Honda Element of 2005 but agrees to leave her husband their pickup

Is Nia Peeples Married? Know Her Spouse, Daughter, And Family

Nia Peeples has married four times in her life. She first wed-locked with a Brazilian American actor, Guy Ecker in 1984. However, they could not carry well their marital affair and ended up divorcing just two years of their marriage.

After tragic separation, she stayed single for a moment and then found love with an American singer-songwriter Howards Hewett. The duo tied the knot in 1984. The couple became proud for the first time in 1989, following the birth of their son, named Christopher. Nevertheless, Peeples and Howards parted their ways in 1993.

Later seven years, she married a man named Lauro Chartrand, with whom she shared a daughter named Sienna. Like as her past two relationships, her third marriage ended up in divorce in 2004.

Back in #stanleyPark with my not so little girl! #family #fun

After some time, she met professional surfer, Sam George. The two started dating each other and subsequently exchanged the vows in 2004. But Peeples filed for divorce from her 4th spouse Sam George, in Los Angeles County, 20 days before the couple’s eighth wedding anniversary.