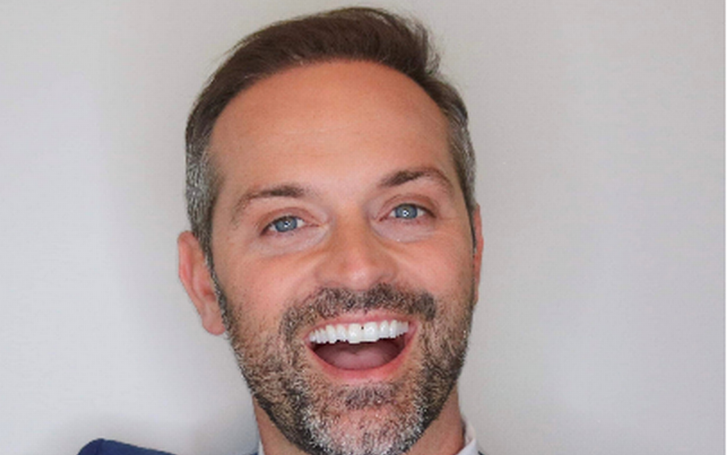 Nick Kosir, also known as The Rapping Weatherman, has gained massive popularity. Today, the tabloid is about this meteorologist who keeps blabbing about weather information and raps to give the weather information in an entertaining way like no one has done before.

A News Personality who gained fame as the anchor and reporter of WJZY Fox 46 in Charlotte, North Carolina and is well-famed for his dancing videos online.

He has accumulated an impressive 2 million followers on his Instagram.

Moreover, he signed on to join the Fox Weather channel, which launched on October 25, 2021. Along with his name and fame, Nick also accumulated a big chunk of money.

Wanna know more about his professional life, relationship status, net worth and income source? Stay tuned with us.

The rapping meteorologist, Kosir, was born on October 7, 1983, in the beautiful United States to loving parents. He stands tall at 5 ft 11 inches and weighs around 70 kgs about his height. However, the details about his family relations have been kept out of the public eye.

And he had the best days of his childhood, as his parents let him do everything he got interested in.

Also, he was given a nice opportunity to nourish his talent and skills, which helped him secure professionalism in his interest and turn that interest into a career.

Further, he is an American citizen and belongs to the white ethnicity.

Nick is a well-educated and qualified person who graduated with a Bachelor of Arts in Communication Organization from Akron.

Then, he also finished an internship at MTV’s satellite radio station in New York City. After that, the star enrolled at Mississippi State University, where he earned a degree in Broadcast Meteorology.

Before heading to WJZY Fox 46, Kosir worked as a reporter and part-time weather forecaster at WMFD-TV in Mansfield, Ohio.

Afterward, KBC-TV in Beaumont promoted him to the role of weather director, and he started working as a morning meteorologist in Texas in October 2008.

During his stint with that company, he identified as The Rapping Weatherman.

Furthermore, he spent three years working at KMVT in Twin Falls, Idaho. Later, he spent the first seven years of his career at WJZY Fox 46, and every day, one of his obligations was to post on social media.

Then, Kosir began sketching with his closest buddy Hans, and he finally copied Cam Newton, a multi-talented football player who mostly plays quarterback.

Who doesn’t want to have a talented, entertaining and smart man? That goes for Nick, as he has already celebrated a decade of togetherness with his true love, Danielle Kosir, on January 18, 2019.

The duo met for the first time in 2007 while working in the same business. Danielle is a Broadcasting and Digital Media faculty at Central Piedmont Community College.

And it is obvious that the duo is married and becomes proud parents of their adorable son.

Additionally, his Instagram posts show how beautifully and purely he expresses his love for her. It won’t be wrong to say that their love will last forever.

Also, the lovebird has been an example and a lesson for couples who tend to part their ways in the smallest of things.

Nick Kosir’s Net Worth and Salary

There is no doubt that at 39 years old, Kosir has been one of the most experienced and talented meteorologists in the entire United States. Nick surely makes a big chunk of money due to his caliber.

With such income, he must be living a lavish life with his family.

Follow AllStarBio, For More Contents On Meteorologists and News Reporters.